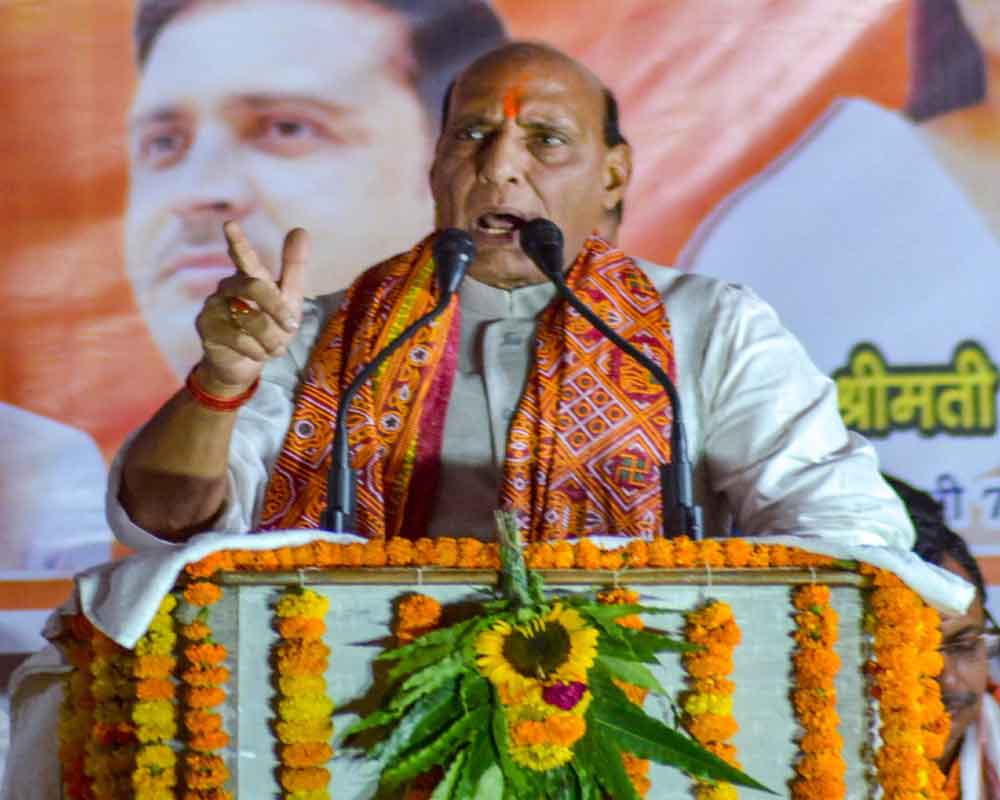 Hitting out at the Congress for promising to abolish sedition law in its poll manifesto, Union minister Rajnath Singh has said the BJP will make it more stringent.

"Congress talks about abolishing sedition law but on coming back to power, the BJP will make it so stringent that no one would dare to act against it," the Home Minister said addressing an election rally at BLJ ground here in favour of alliance partner Apna Dal's Anupriya Patel on Tuesday.

"Our forces finished off terrorists in air strikes after the Pulwama attack but the Congress people are asking for the number of those killed. Braves do not count bodies, vultures do," he said.

On country's economy, he said inflation had been the main electoral issue during polls but not in 2004 and 2019 Lok Sabha elections, as it was the management of the two BJP prime ministers (A B Vajpayee and Narendra Modi) who did not allow prices to go out of hands.

Attacking the Congress president, the home minister said Rahul Gandhi is talking about party's proposed 'NYAY' minimum income guarantee scheme, whereas from Jawahar Lal Nehru to Sonia Gandhi, they had been raising the slogan of 'garibi hatao' (eliminating poverty).

On the BSP-SP alliance, he said, the two parties have come together as they are afraid of the popularity of Prime Minister Modi but their alliance will have no impact on the polls.