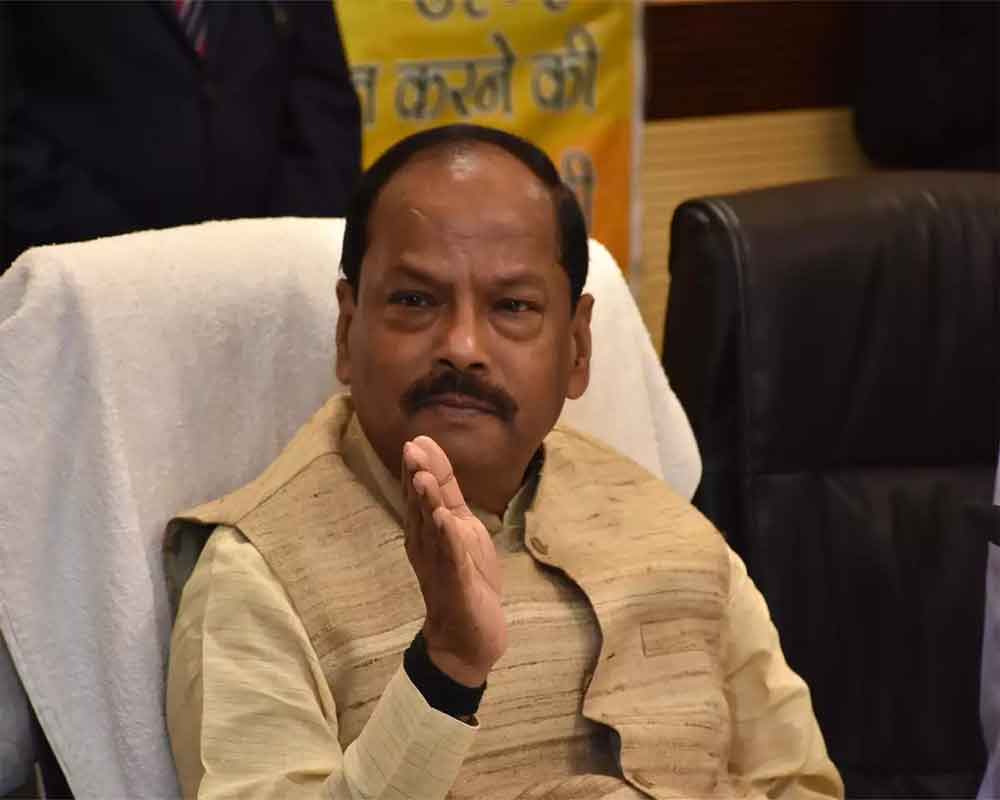 Jharkhand Chief Minister Raghubar Das has asserted that there will be no discrimination on the basis of caste or religion while dealing with those involved in mob lynching or other crimes and anarchy won't be tolerated.

Talking about the recent lynching of a Muslim youth, accused of stealing a motorcycle in Saraikela Kharsawan district, he said, "My government strongly condemns this incident. Our commitment is to punish the criminals... Jharkhand is the only state in the country where such cases are taken up on a fast-track basis with quick punishment to the guilty."

Prime Minister Narendra Modi had last month said in Rajya Sabha that this lynching incident pained him and the guilty should get severest punishment. He, however, said that for this incident, the entire state should not be pronounced guilty and everyone put in dock.

Tabrez Ansari was beaten up by a mob and a video showed that he was purportedly made to chant 'Jai Shri Ram' and 'Jai Hanuman'. He later died.

Das urged people to refrain from taking law in their hands and expressed his government's commitment to "punish the criminals" irrespective of caste or the religion.

He also lashed out at the opposition for "giving a communal colour" to stray incidents and said things should not be blown out of proportion and "the government or any particular political party should not be blamed for such incidents".

It is a matter of great sadness that the opposition starts playing politics on such issues, he said.

"Be it this kind of crime or any crime, my government will not tolerate any anarchy... There will be no discrimination in punishing criminals... The colour of blood is the same. Our motto is to ensure communal harmony, peace and brotherhood," Das told PTI in an interview here.

He said his government has constituted a special investigation team to probe the incident and 11 people have been arrested and two police officers suspended.

According to him, there had been lynching cases during Congress regime too but this is the first time that action against the guilty is being taken through fast-track courts in Jharkhand.

Das said that Jharkhand has followed Supreme Court guidelines fully in this regard.

The apex court had in 2018 said that "horrendous acts of mobocracy" cannot be allowed to overrun the law of the land and issued a slew of guidelines to deal with mob lynching and cow vigilantism, besides asking the Centre to consider enacting a new law to sternly deal with such cases.

It had asked the state governments to designate a senior police officer, not below the rank of Superintendent of Police, as nodal officer in each district to take steps to prevent incidents of mob violence and lynching.

Modi in his speech had objected to some people calling Jharkhand a hub of lynching.

"Is this fair? Why are they insulting a state. None of us have the right to insult the state of Jharkhand," he had said and referred to violence in states ruled by opposition parties.

"All kinds of violence whether in Jharkhand or West Bengal or Kerala should be treated as same and law should take its course," he had said.

On June 24, Leader of the Opposition in the Upper House Ghulam Nabi Azad had said that Jharkhand has become a lynching factory where Muslims and Dalits were lynched and attacked every week.

Last year, a fast track court in Jharkhand had convicted 11 people for lynching a meat trader in June 2017 over the suspicion that he was carrying beef in his car.