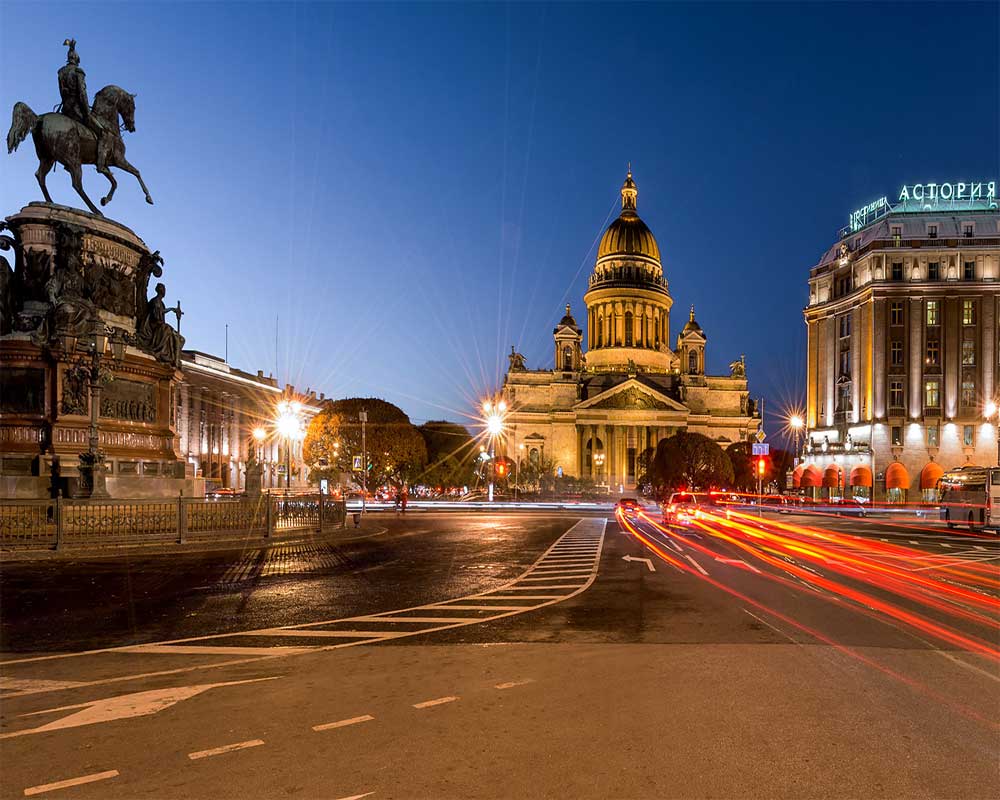 Russia will give e-visas to Indians visiting its cultural capital Saint Petersburg and the Leningrad Region and extend the facility for the rest of the country by 2021, official said on Tuesday.

The facility starts from October 1 and can be availed by filling an electronic application form and uploading a digital photo at least four days before the expected date of arrival in the Russian Federation.

Indians will be able to obtain single business, humanitarian and tourist visas in the form of an electronic document, which will be valid 30 days from the date of issuance and the maximum period of stay in the Russian Federation should not exceed eight days.

Due to technical reasons, for now foreign nationals bearing e-visas will not be able to enter and exit Saint Petersburg and the Leningrad Region via train border crossing points.

Foreign nationals with e-visas are not allowed to enter other regions of the Russian Federation (not covered by e-visa service) with any purpose, including transit.

Fedorov, however, warned against misuse of e-visas and said such visas are not employment visas and should not be used as such.

Foreign nationals bear personal responsibility for the information they provide while applying for e-visas, officials said.

Officials said surname and name (names) are to be typed exactly as they are mentioned in the passport. In case there is full or any partial inconsistency of the provided information (citizenship, surname, name (names), date of birth, sex, passport number) or another person's photograph is uploaded, entry into the Russian Federation will be denied at the border crossing point and the visa will be cancelled.

The only exception is the case when the name of a foreign national contains more symbols than it is technically possible to type in the application form. Transport companies are authorized to check the validity of e-visas via the Ministry of Foreign Affairs of the Russian Federation website http://evisacheck.Kdmid.Ru.

Russia has issued around 65,000 visas from its offices in New Delhi, Kolkata, Chennai and Mumbai offices between January - September 2019.

Around 2 per cent of visa requests are rejected, said Fedorov, who added that Russia is also thinking of relaxing norms for the regular visa.