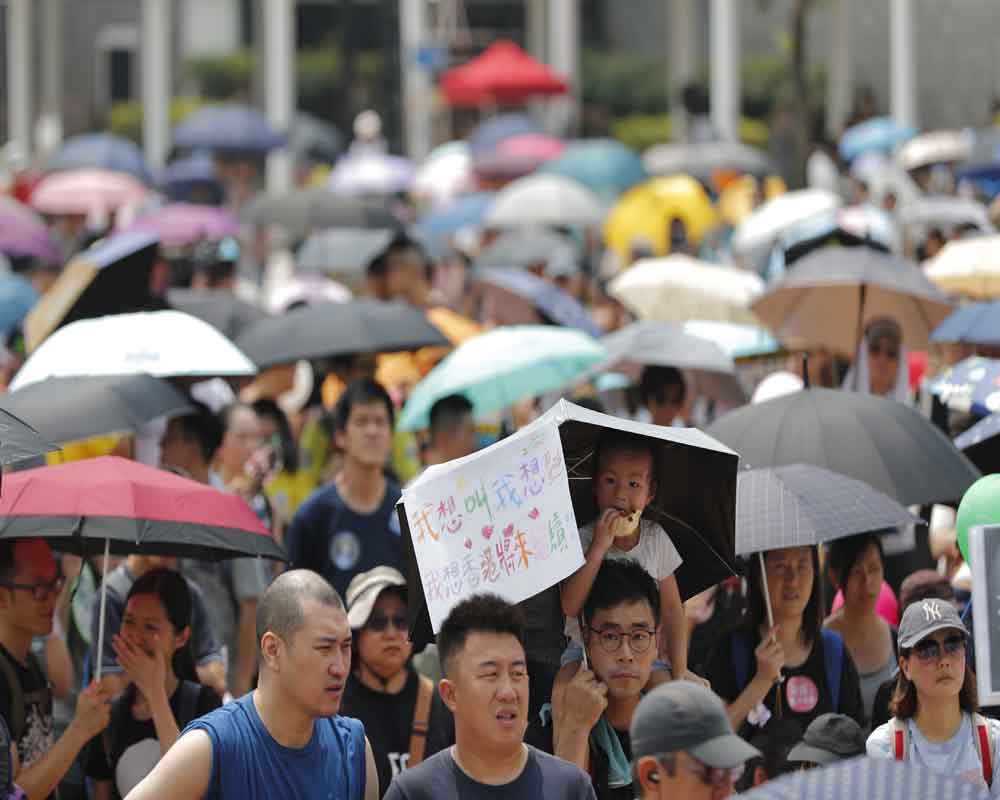 Armed with balloons and strollers, several hundred families took to the streets in Hong Kong on Saturday to show support for pro-democracy protests that are now in their third month.

The colourful and calm atmosphere at the rally was a far cry from the increasingly violent confrontations that have marked recent demonstrations by activists calling for greater freedoms in the city.

A leaflet featuring an alternative alphabet was circulated, offering "demonstration" for the letter D, "angry" for A and "protest" for P.

Faye Lai was attending with her three-year-old niece and said she hoped the rally would help children understand the tumult that has engulfed the international financial hub in recent weeks.

"We have to tell children about the current situation in Hong Kong, and educate them about what the right kind of society is," Lai, a stage assistant, told AFP.

"The future belongs to the children. Hong Kong's future is theirs. We are fighting for rights that children should have," she added.

Protests that began in opposition to a controversial bill to allow extradition to mainland China have morphed into a broader movement calling for greater freedoms, including direct election of the city's chief executive.

The family event, billed as a rally to "guard our children's future," received a permit from authorities, unlike several other protests that activists have organised for the weekend.

"At this stage, we need to come out for any event, especially those for the future generation, not just protests and marches," said Roger Cheng, a 50-year-old office worker.

"Like today, it's for the next generation to know about the importance of having a future... Although they don't understand (everything) yet, they might be able to experience freedom, the human need to just do what they want."

Activists plan to ramp back up their demonstrations over the weekend, including with a three-day sit-in at the airport that began on Friday and attracted thousands of people.

Activists also plan marches on Saturday and Sunday that authorities have not authorised, raising the possibility of fresh clashes between protesters and police.