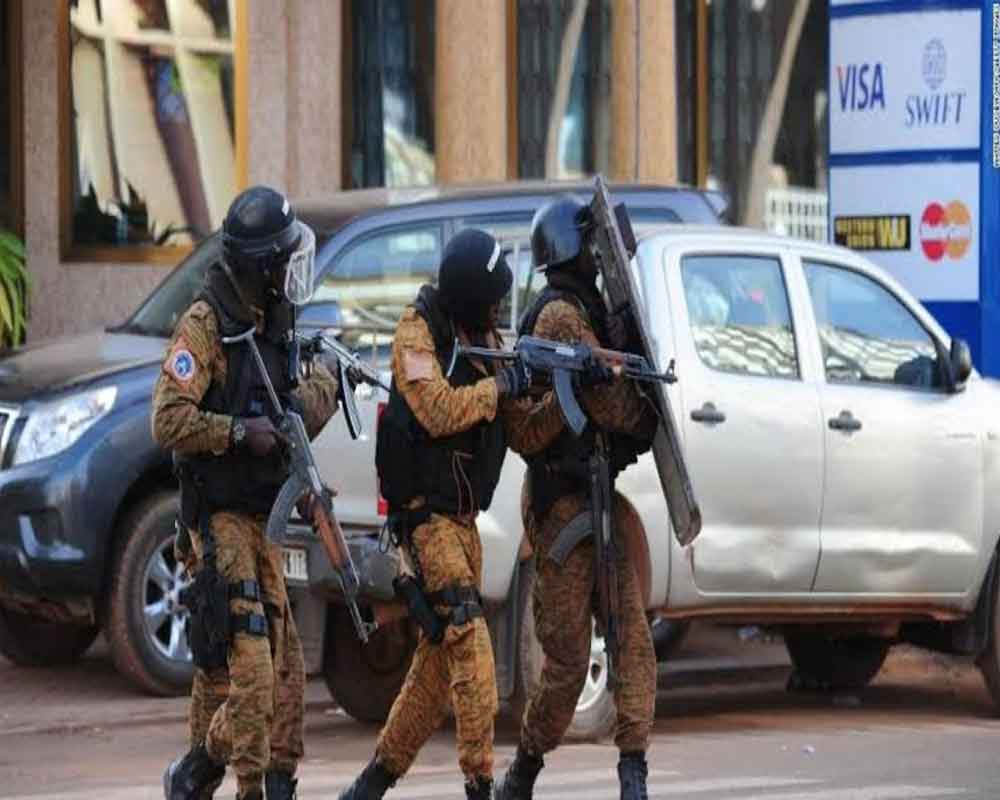 Fourteen people were killed in an attack on a church in eastern Burkina Faso where places of worship have suffered a string of Islamist assaults this year, the regional government said.

The attack took place on Sunday.

"Unidentified armed men" carried out the attack during a Sunday service at a Protestant church in the town of Hantoukoura near the border with Niger, the government statement said.

"This attack unfortunately left 14 dead and many wounded," it said.

Soldiers in the region were hunting down the assailants, who fled on scooters, a security source said earlier.

The poor West African country has suffered a series of attacks on Christian targets since February, leaving 21 dead before Sunday's attack.

Burkina Faso's population is around two-thirds Muslim and one-third Christian.

Jihadist groups target Christian clerics as well as Muslim ones they do not consider sufficiently radical in a country where traditionally the two religions have co-existed peaceably.

More than 700 people have been killed in Islamist unrest since fighting spilled across the border from Mali, according to an AFP count.

An ambush on a convoy transporting employees of a Canadian mining company in eastern Burkina Faso earlier this month killed 37 people, the deadliest attack in nearly five years of jihadist violence.

Attacks in Burkina Faso, which borders Mali and Niger, began in the north but spread to the east and the west of the country in 2018, while the capital Ouagadougou has been hit three times.

Most of the violence is attributed to jihadists affiliated with Al-Qaeda or the Islamic State group, with around 500,000 people internally displaced by attacks, according to the UN.

Attacks have intensified this year as the under-equipped, poorly trained army struggles to contain the Islamist militancy in the former French colony.