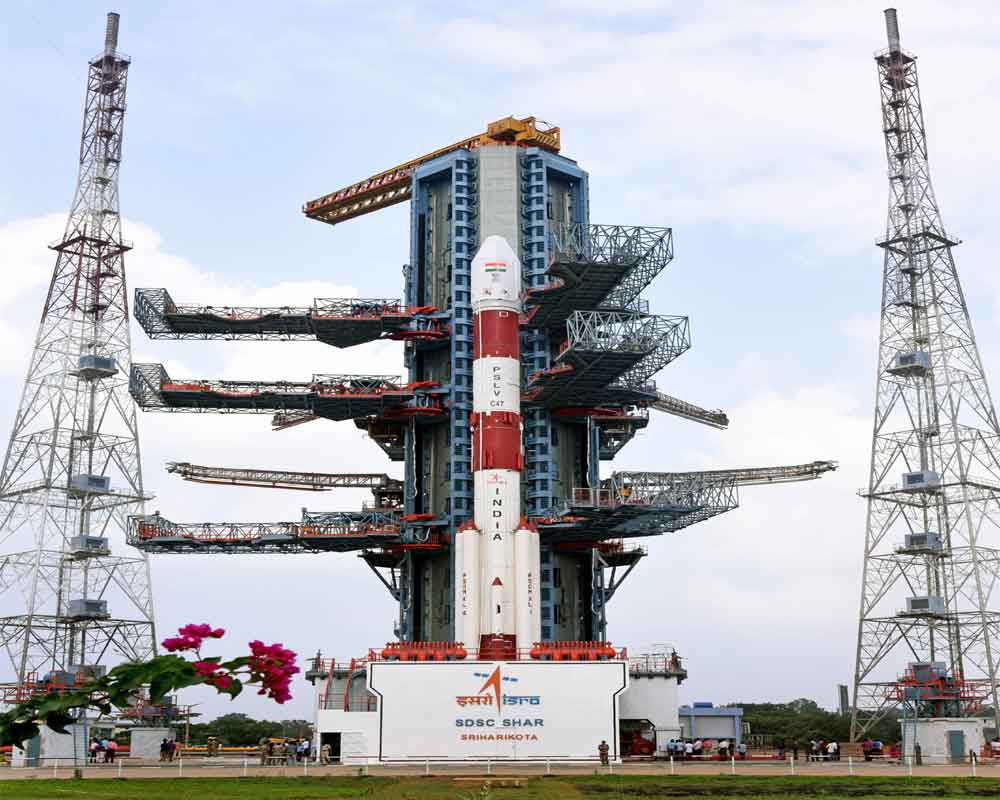 The 26-hour countdown for the launch of earth imaging and mapping satellite CARTOSAT-3 along with 13 other nano-satellites from the US commenced, Indian Space Research Organisation said on Tuesday.

The space agency has planned for the launch of CARTOSAT-3 satellite, ninth in the series, from the second launch pad at spaceport of Sriharikota, about 120kms from here on November 27 at 09.28 am.

"26 hours countdown for the launch of PSLV-C47 mission commenced today at 0728hrs from SDSC SHAR, Sriharikota. Launch is scheduled at 0928 hrs IST on November 27, 2019," ISRO said in its update on Tuesday.

PSLV-C47 on its 49th mission would carry CARTOSAT-3 along with 13 commercial nano satellites from the United States.

With an overall mass of 1,625kgs, CARTOSAT-3 would address the increased user's demands for the large scale urban planning, rural resource and infrastructure development, coastal land use and land cover.

PSLV-C47 is the 21st flight of PSLV in the 'XL' configuration (with six solid strap-on motors), ISRO said.

The 13 commercial nano satellites from the United States are being carried as part of the commercial arrangement with NewSpace India Ltd (NSIL), Department of Space.

The mission life of CARTOSAT-3 would be for five years.

The launch of CARTOSAT-3 and 13 other commercial nano satellites follows ISRO's moon mission Chandrayaan-2 on July 22, which failed to manage a soft landing on the moon, and would have been the country's first had it been successful.

While the Orbiter continues to revolve around the moon, the lander 'Vikram' and rover 'Pragyan' were rendered non- functional after a hard-landing on the lunar surface on September 7.