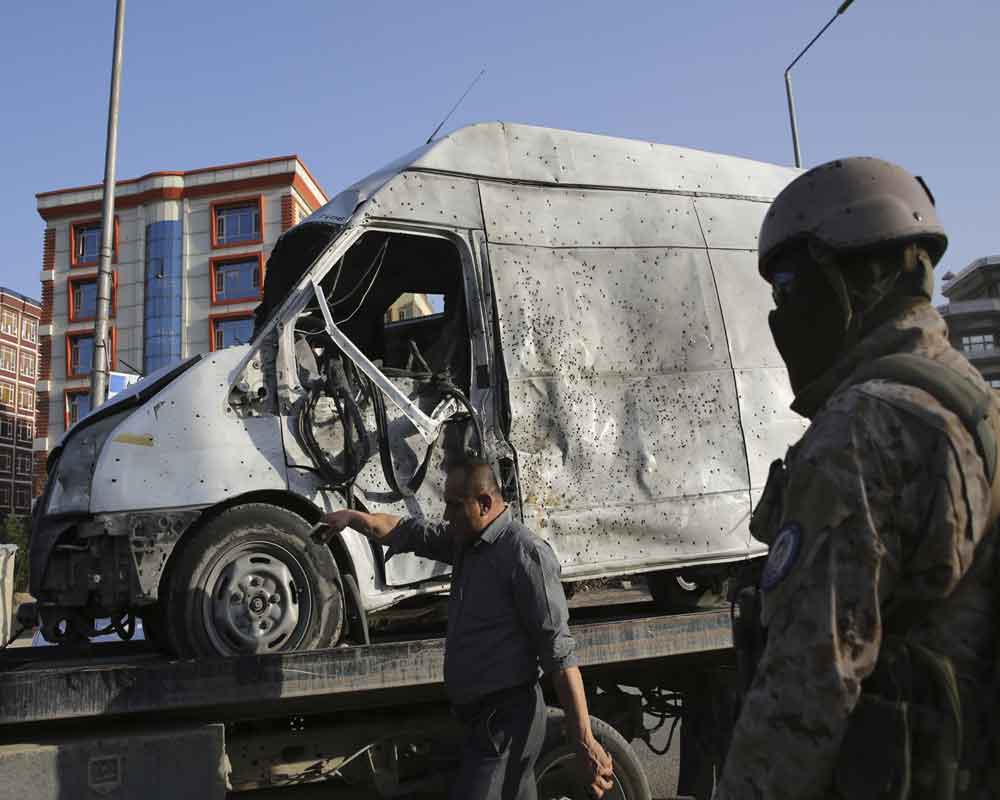 At least 34 people were wounded when a large explosion rocked Kabul on Wednesday morning, sending a massive plume of smoke over the capital and shattering windows far from the blast site, officials and witnesses said.

Violence is surging across Afghanistan and in Kabul as the US and the Taliban negotiate a peace deal ahead of elections planned for September 28. The blast occurred around 9:00 am (local time) in western Kabul, interior ministry spokesman Nasrat Rahimi said.

"I heard a big bang and all the windows of my shop broke with glass flying everywhere," shopkeeper Ahmad Saleh told AFP.

"My head is spinning and still I don't know what has happened but the windows of about 20 shops around one kilometre from the blast site are broken." According to video on social media and witnesses, small-arms fire could be heard following the blast.

A common insurgent tactic is to use a suicide bomber to hit a target and then follow up with gunmen storming the area.

According to the UN, more than 1,500 civilians were killed or wounded in the Afghan conflict in July alone, the highest monthly toll so far this year and the worst single month since May 2017.

At least five people were killed and seven wounded in Kabul on Tuesday when a vehicle carrying workers from the counter-narcotics directorate was bombed, the interior ministry said.