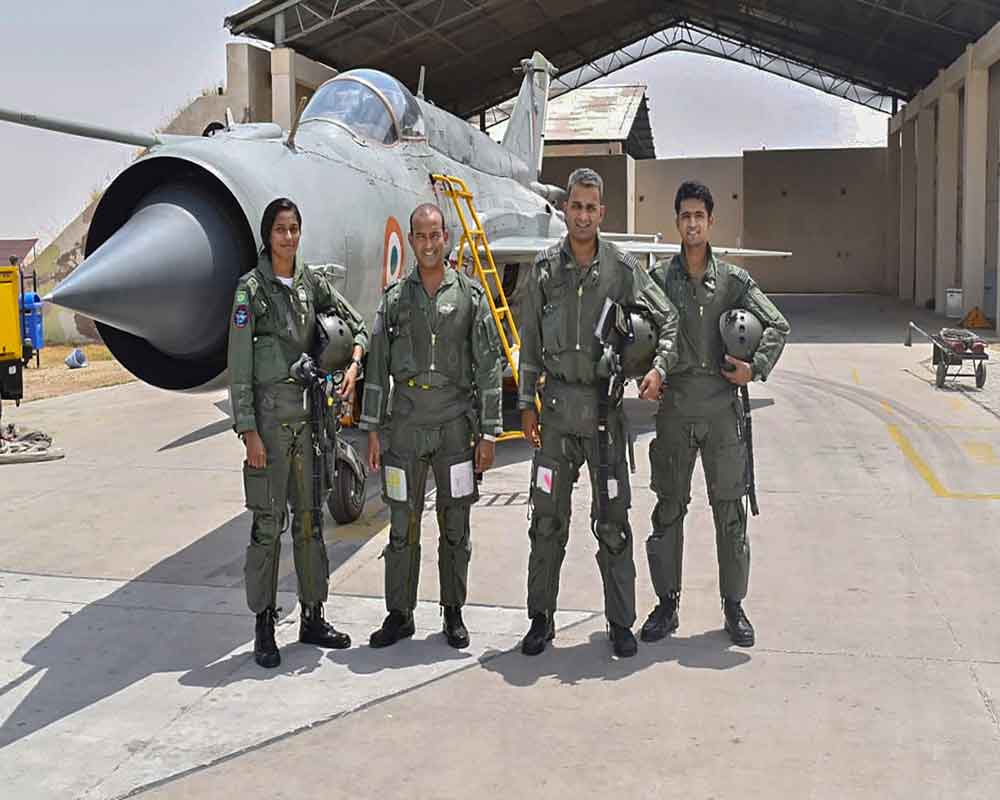 "She is the first woman fighter pilot to be qualified to undertake missions by day on a fighter aircraft," IAF Spokesperson Group Capt Anupam Banerjee said.

At present, Bhawana is posted at the Nal base in Bikaner

Another official said she will be allowed to carry out night operations once she completes training for night missions.

Bhawana joined the fighter squadron in November 2017 and flew the first solo on MiG-21 Bison in March last year.

"With her dedication, hard work and perseverance she has become the first woman officer of the IAF to achieve this feat," said Group Capt Banerjee.

She is from the first batch of women fighter pilots of the IAF.

Three women -- Kanth, Avani Chaturvedi and Mohana Singh -- were commissioned as flying officers in July 2016, less than a year after the government decided to open the fighter stream for women on an experimental basis.

The IAF has already selected the next batch of three women trainee pilots for the fighter stream.