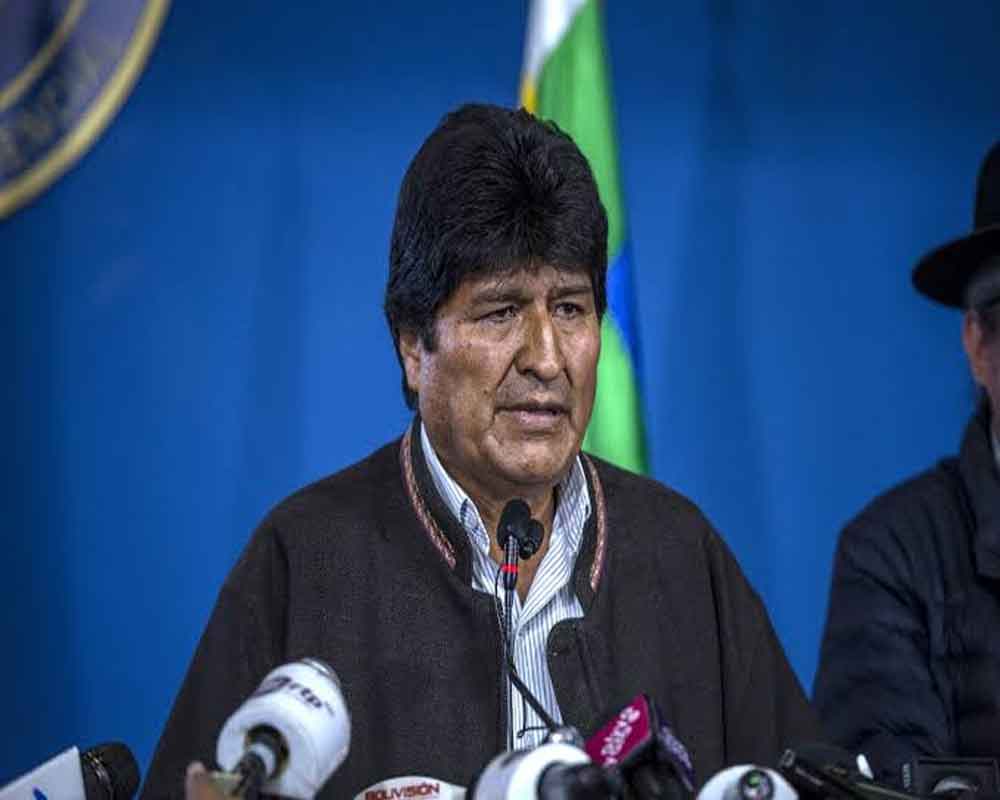 Bolivia's exiled ex-president Evo Morales said Wednesday he was ready to return to "pacify" his country amid weeks of unrest that led to his resignation.

"If the people ask me, we are ready to return to pacify" Bolivia, the leftist leader said in a news conference in Mexico City, where he arrived Tuesday after receiving political asylum.

He called for a "national dialogue" to resolve the crisis in Bolivia and rejected the legitimacy of interim president Jeanine Anez, who has stepped in to try to fill a power vacuum.

Morales resigned Sunday amid increasingly violent protests over his allegedly fraud-tainted re-election to a controversial fourth term on October 20.

Saying his life was in danger, he fled to Mexico, which sent an air force plane to fetch him.

However, speaking in his first news conference from exile, he said his stay would be temporary.

"We're going to return, sooner or later. The sooner the better, to pacify Bolivia," he said.

He repeated his defense of his re-election, calling himself the victim of a "coup," urging the United Nations to intervene and alleging racism on the part of his opponents. Morales, 60, was Bolivia's first indigenous president.

"My great crime is being indigenous," he said.

Anez, a 52-year-old deputy Senate leader, took over the presidency after Morales, his vice president and the leaders of both houses of Congress resigned.

She proclaimed herself interim president Tuesday after a congressional session that failed to reach a quorum, saying she planned to call new elections as soon as possible. Morales said the process "did not respect the Constitution."

"The only way to stop this (crisis) is to sit down for talks, and avoid the destruction of the national economy in the process," he said, calling on the security forces to stop "staining the country with the people's blood." Seven people have died so far in the unrest.

Mexico's leftist President Andres Manuel Lopez Obrador for his part praised Morales as a "good leader." "I hope people realize how the economy performed, how he turned Bolivia around from being a country of widespread poverty and marginalization," he told a separate news conference.