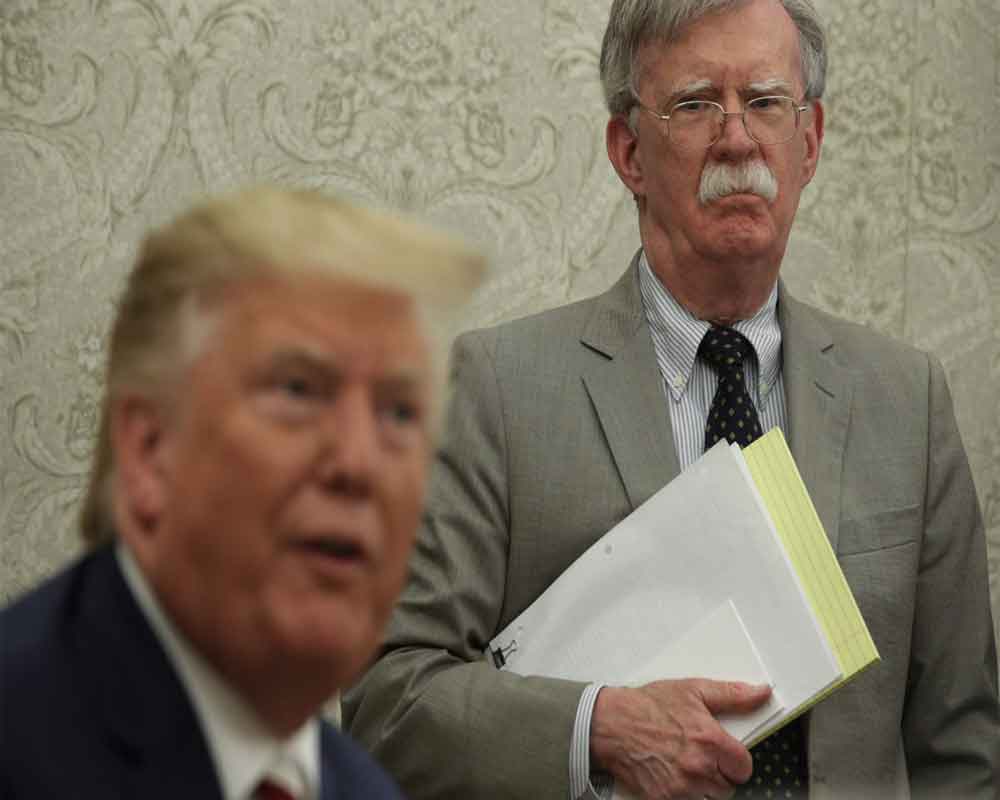 The White House's alleged effort to pressure Ukraine so alarmed former national security advisor John Bolton that he alerted a lawyer, his former aide said on Monday, according to US media.

Bolton also warned that President Donald Trump's personal attorney Rudy Giuliani, who has emerged as the point man in the president's alleged drive to pressure Ukraine to dig up dirt on Democratic presidential hopeful Joe Biden, is "a hand grenade who's going to blow everyone up," his aide Fiona Hill told lawmakers, according to the New York Times.

The remark, which was also reported by NBC News, came after Trump's former top Russia advisor Hill sat for an hours-long closed door deposition before US lawmakers probing whether to impeach the president.

AFP could not independently verify the report.

Following a "sharp exchange" with US ambassador to the European Union Gordon Sondland, who was working with Giuliani on the pressure campaign, Bolton instructed Hill to notify a National Security Council lawyer, according to the Times.

Referring to acting White House chief of staff Mick Mulvaney, Bolton also said that "I am not part of whatever drug deal Rudy and Mulvaney are cooking up," the Times reported, citing two sources familiar with Hill's deposition.

Her testimony came after allegations that Trump pushed Ukrainian President Volodymyr Zelensky to investigate the Bidens in a July 25 phone call, which sparked an impeachment inquiry by the House of Representatives.

The White House's call memo shows Trump sought a "favor" from Zelensky. Democrats who control the chamber say it was a demand to investigate Biden -- the president's potential 2020 election rival -- and a Ukrainian firm that hired Biden's son Hunter.

On Monday evening, Giuliani said, "I don't know Fiona and can't figure out what she is talking about," and that the State Department arranged all his contacts with Ukraine, according to The Washington Post.

Last week, the Times reported that Giuliani was himself under federal investigation for his dealings with Kiev on Trump's behalf. Trump in September fired Bolton, who is known for his hardline stances on Washington's archenemies, particularly Iran, North Korea and Venezuela.

Hill left the Trump administration shortly before the July call with Zelensky.