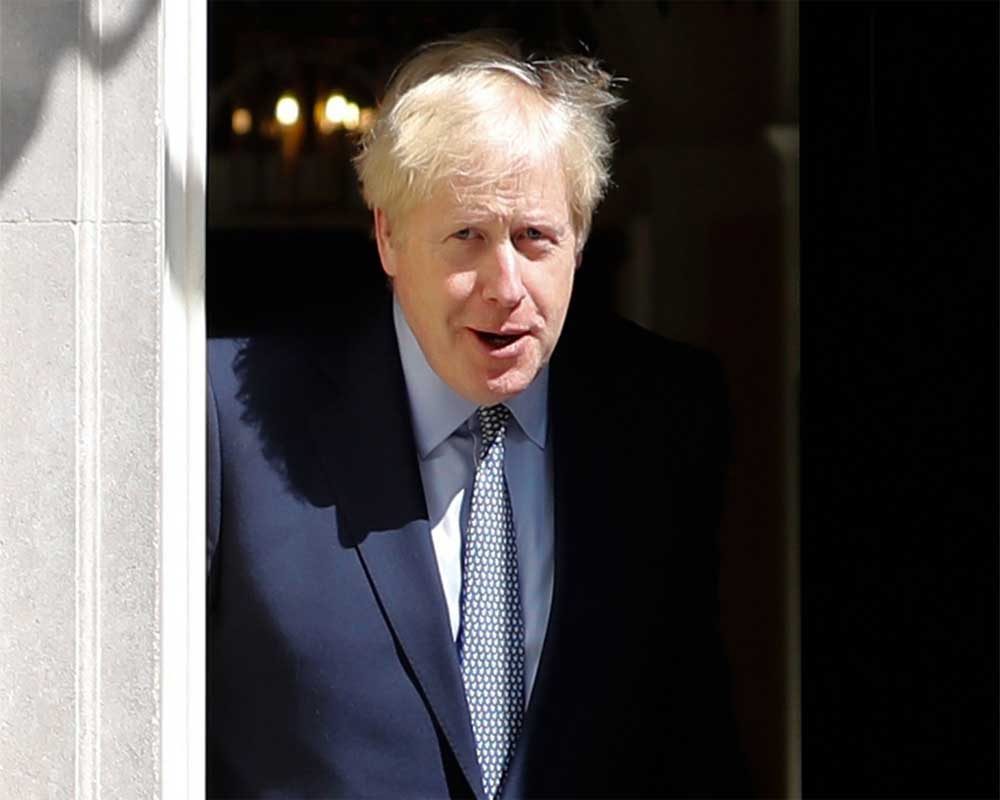 A Scottish judge on Tuesday fast-tracked a legal challenge mounted by a cross-party group of British MPs over fears that Prime Minister Boris Johnson could suspend Parliament to push through the UK's exit from the European Union by the October 31 deadline, without any deal in place.

Lord Raymond Doherty ruled on a petition filed by around 70 MPs and peers at the Court of Session in Edinburgh to set a September 6 date for a substantive hearing to rule on whether suspending the House of Commons to allow the UK to leave the 28-member economic bloc without a deal would be "unlawful and unconstitutional".

"It's a case that requires expedition but there is a requirement for fairness to both sides," noted Doherty.

Johnson, who took charge as British Prime Minister with a "do or die" Brexit pledge by the October 31 deadline, has repeatedly refused to rule out the prospect of suspending a deeply-divided Parliament, as one of the options, to meet the deadline if no agreement can be reached with the EU in time.

Such a process is termed as proroguing the Parliament and would require the permission of Queen Elizabeth II.

The cross-party group of anti-Brexit politicians, led by the Scottish National Party (SNP) and including representatives from the Liberal Democrats and Labour Party, have banded together to mount the legal action at Scotland's highest court to argue against the shutting down of Parliament in such a manner.

"Seeking to use the power to prorogue Parliament to avoid further parliamentary participation in the withdrawal of the UK from the EU is both unlawful and unconstitutional," the legal papers state.

Warning that "the exercise of the power of prorogation would have irreversible legal, constitutional and practical implications for the United Kingdom", the challenge calls for the court to declare that proroguing Parliament before October 31 would be both unconstitutional and unlawful by denying MPs and the Lords the chance to debate and approve the decision.

"A man with no mandate seeks to cancel Parliament for fear it will stop him inflicting on an unwilling public an outcome they did not vote for and do not want," said Jolyon Maugham, director of the Good Law Project which is supporting the case.

"That's certainly not democracy and I expect our courts to say it's not the law," Maugham said.

Most UK MPs are opposed to a feared chaotic no-deal Brexit and the latest move is an attempt to prevent Johnson from over-riding parliamentary intervention on the matter.

The case will try and establish whether Johnson would be breaching established constitutional law and both the EU Withdrawal Act 2018 and the Northern Ireland (Executive Formation) Act 2019 if he asked the Queen to prorogue Parliament.

The petition argues the EU Withdrawal Act requires Parliament to ratify the final Brexit deal and the Northern Ireland Act was amended by former UK attorney-general Dominic Grieve to ensure Parliament sat from September to December 2019, and heard fortnightly reports by ministers, to scrutinise the Brexit process.

Britain voted to leave the EU in a referendum in June 2016, with Article 50 of the Lisbon Treaty being triggered the following year to set a two-year clock for Brexit.

However, after then Pime Minister Theresa May failed three time to get a withdrawal agreement through Parliament by the March 29 deadline, the Brexit deadline was extended a couple of times amid political turmoil in Britain which saw May replaced by Johnson last month.

As the October 31 deadline nears, the Johnson-led government has focussed on ramping up exit preparations without a deal in place as the EU remains adamant on refusing to revisit the controversial Irish backstop clause, which hard Brexiteers fear would keep the UK tied to EU rules even after it has left the economic bloc.