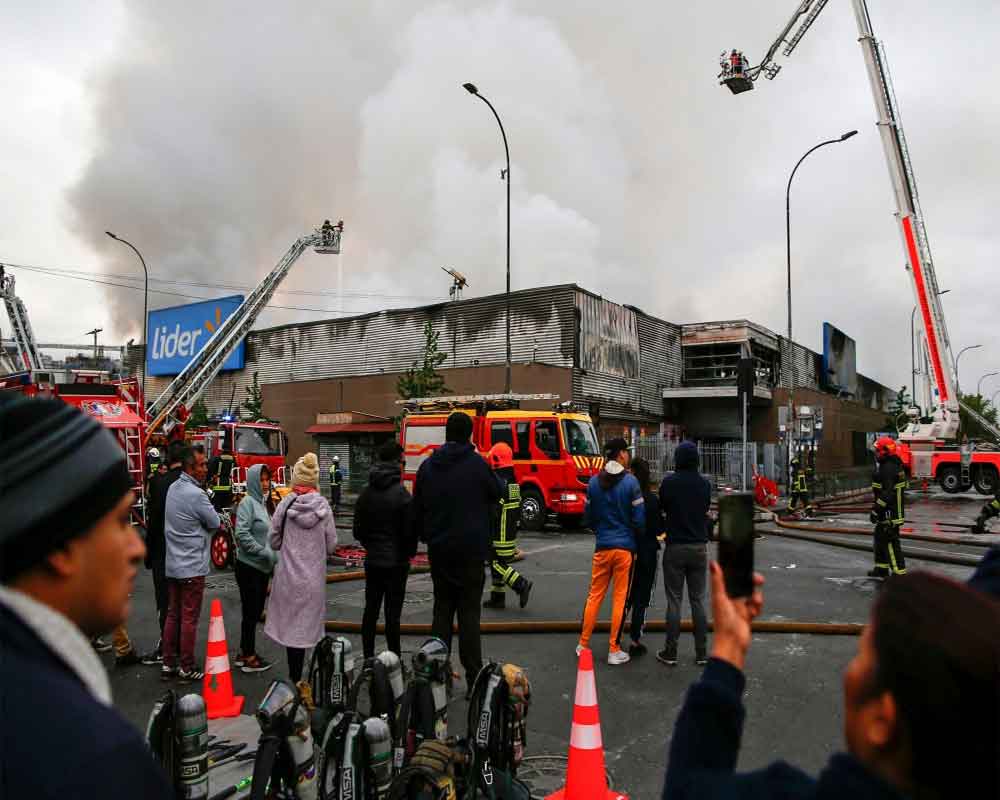 Chile is "at war", President Sebastian Pinera said Sunday, as the country reels from three days of violent demonstrations and looting that have left seven dead and almost 1,500 detained in the worst outbreak of social unrest in decades.

"We are at war against a powerful, implacable enemy, who does not respect anything or anyone and is willing to use violence and crime without any limits," Pinera told reporters after an emergency meeting with army general Javier Iturriaga, who has been placed in charge of order and security in the capital.

Santiago and nine other of Chile's 16 regions were under a state of emergency, Pinera confirmed late Sunday, with troops deployed onto the streets for the first time since Augusto Pinochet's military dictatorship between 1973-1990.

The clashes, which have seen some 9,500 police and military fire tear gas and water cannon against protesters who have set fire to buses, smashed up metro stations and ransacked shops, were sparked by anger over price hikes and social inequality.

Despite a growth rate that should reach 2.5 percent of GDP this year, several social indicators -- such as health, education and pensions -- show very high inequalities.

"Many latent requests have not been answered, tension has built up, frustration has increased daily in daily life," said Octavio Avendano, a sociologist and political scientist at the University of Chile.

This anger boiled over earlier in the week as a protest against a rise in metro fares escalated dramatically on Friday.

On Sunday, five people died when a garment factory was torched by rioters in a Santiago suburb, despite right-wing Pinera's Saturday announcement that he was suspending the fare increase.

Earlier, Interior and Security Minister Andres Chadwick said two women burned to death after a store owned by US retail chain Walmart was set alight in the early hours of Sunday.

Another victim, who authorities initially said had died in hospital, suffered burns on 75 per cent of her body.

Almost all public transport was paralyzed in Santiago on Sunday, with shops shuttered and many flights cancelled at the international airport, leaving thousands of people stranded due to a curfew imposed from 7:00 pm until dawn.

Authorities reported 103 serious incidents throughout the country with 1,462 people detained -- 614 in Santiago and 848 in the rest of the country.

"It's really sad what's happening, but the people are outraged because they're not being listened to," 26-year-old Antonia told AFP in central Santiago.

Several international Chilean football players have also asked leaders in their country to "listen to the people" and to find solutions. "I pray that my beloved Chile will be better," Chilean star Arturo Vidal, the Barcelona midfielder, wrote on Sunday night.