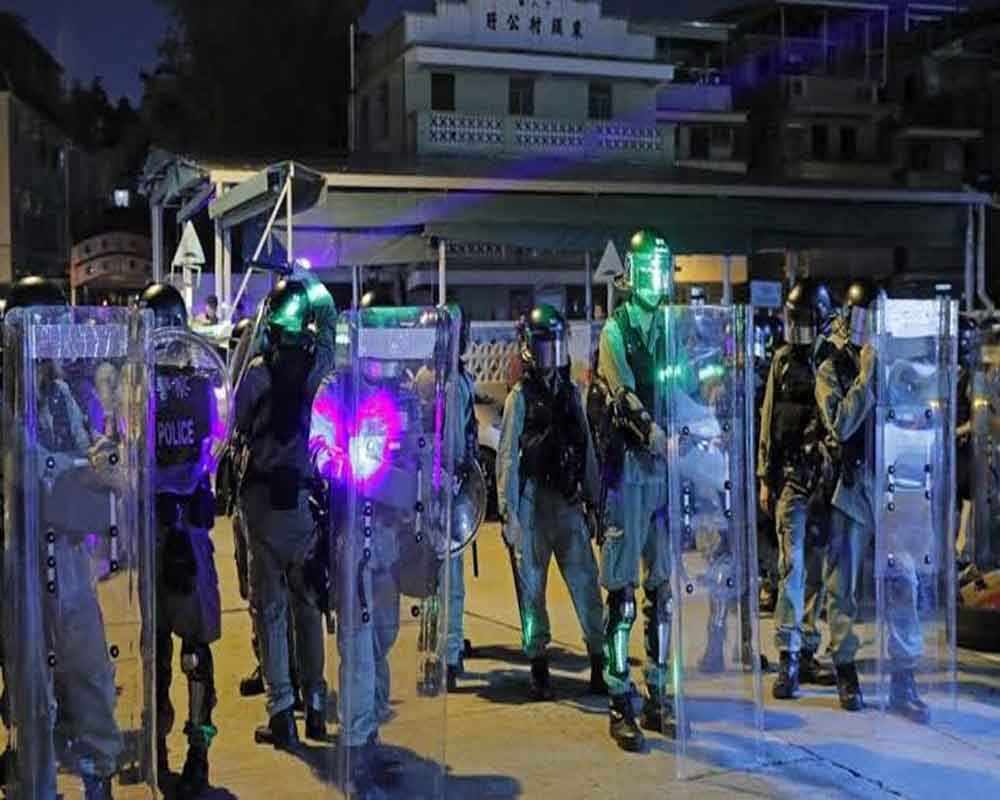 China has slammed radical protesters in Hong Kong as "mobsters" using violence to influence upcoming local elections, after a pro-Beijing lawmaker was injured in a stabbing.

The international finance hub has been shaken by five months of huge and increasingly violent protests calling for greater democratic freedoms and police accountability.

With Beijing and Hong Kong's unpopular leader Carrie Lam refusing to offer a political solution to the protesters' grievances, violence has spiralled on both sides of the ideological divide.

In the latest incident, a man holding a bouquet approached pro-Beijing lawmaker Junius Ho on Wednesday morning as the politician was campaigning in his constituency near the border with China.

The attack was "not only a serious criminal act but also pure election violence," Xu Luying, spokeswoman for the Hong Kong and Macau Affairs Office of China's central government, said Thursday, according to the official Xinhua news agency.

Xu said radical protesters in Hong Kong "intend to create a 'chilling effect' by threatening and intimidating their candidates and their supporters", in order to "affect the election results of the district councils and realise their purpose of seizing political power".

Xu also called for "strong punishment" against violence in Hong Kong and for a "fair, just, safe and orderly environment" for the district elections, set to be held on November 24.

In October, democracy activist Joshua Wong was barred from contesting a seat in the upcoming polls.

An election officer had ruled that the concept of self-determination advocated by Wong's party, Demosisto, contradicted the Basic Law, Hong Kong's mini-constitution.