China says only it can rule on Hong Kong constitution

China says only it can rule on Hong Kong constitution 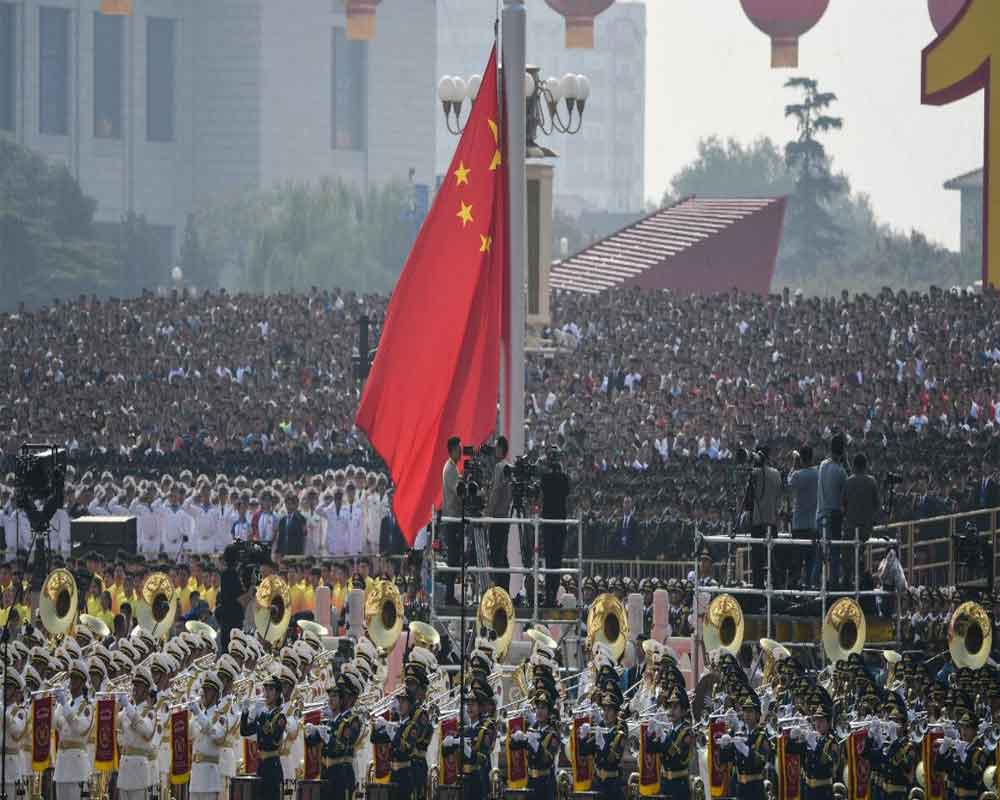 China insisted Tuesday it alone held the authority to rule on constitutional matters in Hong Kong, as it condemned a decision by the city's high court to overturn a ban on face masks worn by pro-democracy protesters.

The statement could further fan the flames in Hong Kong after months of violent protests over concerns that Beijing is chipping away at the autonomy of the financial hub.

The ban on face-covering came into force in October, when the city's unelected pro-Beijing leader invoked colonial-era legislation for the first time in more than 50 years.

The move was seen as a watershed legal moment for the city since its 1997 return by Britain to China -- but has been largely symbolic.

The city's high court ruled on Monday that the government ban on face masks was unconstitutional. But Beijing said the judicial branch of the special administrative region had overreached.

Parliamentary spokesman Zang Tiewei said only the legislature had the right to rule on whether a law is in accordance with the Basic Law -- the city's mini-constitution.

"No other institution has the right to make judgements or decisions," Zang said, according to a state media report posted on the NPC's website.

He said the ruling had "severely weakened the governance" of Hong Kong chief executive Carrie Lam and the city government.

Zang also indicated that the legislature might take some form of action.

"We are considering the relevant opinions and suggestions put forward by some NPC deputies," he said, without elaborating.

Protests started in June as a peaceful condemnation of a now-shelved China extradition bill, but have morphed into a battle to defend the city's unique freedoms from perceived encroachment by Beijing.

China has repeatedly warned that it would not allow the city to spiral into total chaos, fuelling concerns that Beijing might deploy troops or other security forces to quell the unrest.

"The Hong Kong government is trying very hard to put the situation under control," China's ambassador to Britain, Liu Xiaoming, said on Monday.

"But if the situation becomes uncontrollable, the central government would certainly not sit on our hands and watch. We have enough resolution and power to end the unrest."

But Beijing has so far backed Lam and the city's police force, which has faced off with protesters in increasingly violent clashes.

This week police laid siege at a university campus where protesters -- some armed with bows and homemade catapults to fire bricks -- were holed up.

Dozens of protesters dramatically escaped the Hong Kong Polytechnic University (PolyU) late Monday by shimmying down ropes from a bridge to waiting motorbikes.

"This disappointing verdict will encourage radical protesters to do evil and discourage the police from curbing violence," the nationalist Global Times said in an editorial in its English-language edition.

"Violent crime is not only a 'virus' that endangers Hong Kong society, but also a public enemy that endangers all mankind," the Communist Party mouthpiece said.

"The atrocities of Hong Kong's thugs have gone beyond the bottom line of human morality and civilisation, and will not be allowed in any country or civilised society," it said.