China suffering due to trade war with US, wants to have deal: Trump

China suffering due to trade war with US, wants to have deal: Trump 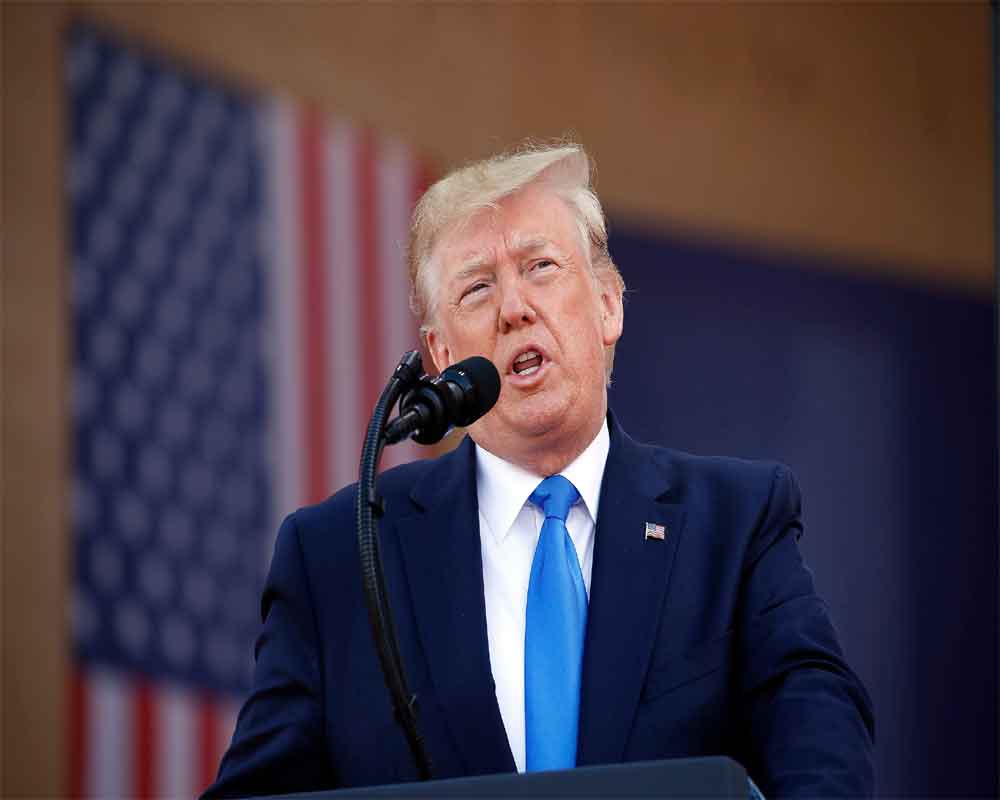 US President Donald Trump on Saturday said China wants to settle trade issues with America as it is expericing the "worst year" in decades, but reiterated that he was not ready for a deal.

"China wants to settle this deal. They've had the worst year that they've had in many, many decades. It's getting only worse. Thousands of companies are leaving China. They would like to make a deal. I'm not ready to make a deal," Trump told reporters at the White House.

Trade talks between the US and China started last November. But after more than a dozen rounds of talks in both Beijing and Washington DC, the talks have not yielded any desired result.

As per the initial decision taken by Trump and his Chinese counterpart Xi Jinping last November, the two countries were scheduled to arrive at a deal in 100 days.

Earlier this week, the US declared China as a "currency manipulator".

Over the last few days, Trump has said he is ready to take more action against China if the latter does not take steps to address his concerns.

He often accuses China of backtracking on its promises and commitments.

"We are doing very well with China. We are talking to China. We're not ready to make a deal, but we'll see what happens," Trump said.

Reiterating that the US has been hurt by China for 25-30 years, he alleged that none of his predecessors have done anything about it.

"What happened and what's happening with China now -- we have an open dialogue. We'll see whether or not we keep our meeting in September. If we do, that's fine. If we don't, that's fine. But it's time that somebody does what we're doing," he said.

The American taxpayer is not paying for it, Trump asserted.

"What China is doing is by depressing their currency and by pouring tremendous amounts of money into their system, they're paying for it. The prices have not gone up. In fact, in some cases, they've gone down because the devaluation, plus the money supply -- the amount of money that they pour in, which is a form of manipulation -- has more than compensated for an increase in price," he said.

Trump claimed as a result of his policies, the US has been taking in billions and billions of dollars.

"Now, China has had their worst year in 35 years now. It was in 26 years, but now it's in 35 years. I want them to do well. But as of this moment, they're having the worst year that they've had in many, many years -- in decades. And really, we're just bringing the system back into order," he said.

It is the US, Trump said, which has all the cards.

"We're doing well. Our country is doing fantastically well. You look at Europe; they've got problems. In fact, the biggest problem we have is the fact that a lot of other countries are not doing well. But we're doing great, and we continue to do great. Our companies are poised. They have a lot of cash. Our system is beautiful," he said.