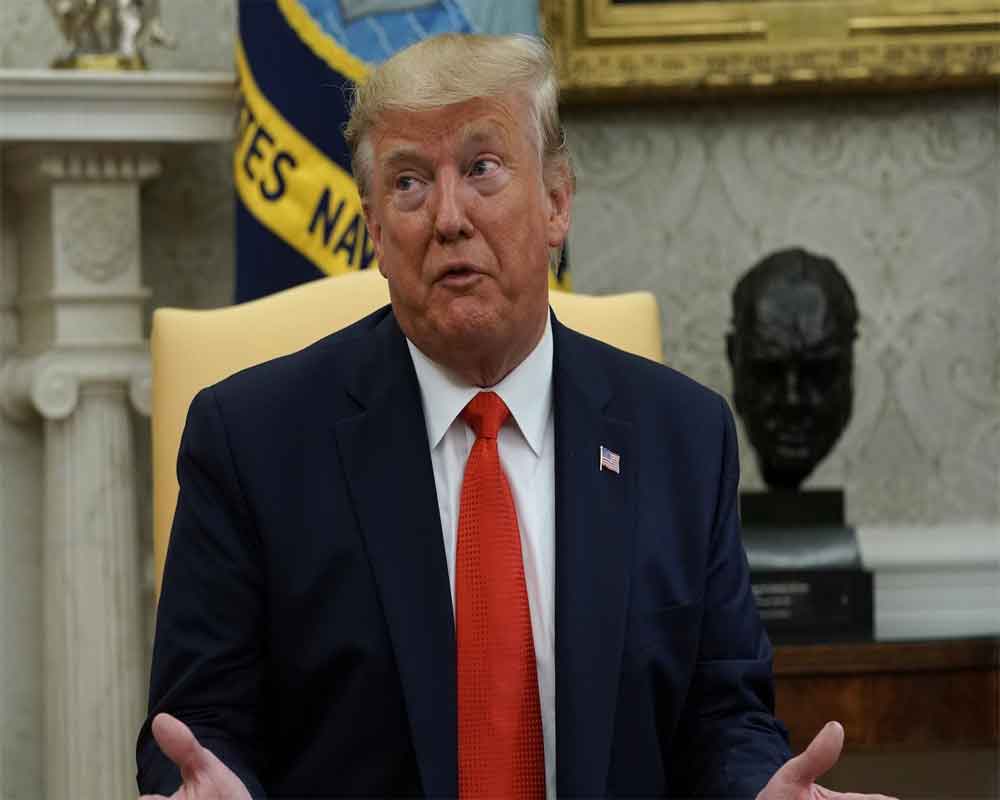 US President Donald Trump on Wednesday said that his country is doing quite good against China and the latter's supply chain is now breaking up.

"We are doing very well with China and you probably saw the numbers that have come out and they've come out--some of them coming out just today," Trump told reporters at the White House.

The supply chain of China, "which was unbreakable, powerful tool that they had is breaking up like a toy because companies are moving out and China wants to make a deal," Trump said in response to a question.

The US is currently having negotiations on a comprehensive trade deal with China.

"We'll see what happens. We have to make the right deal for this country. China has been taking out hundreds of billions of dollars a year out of our count," the president said.

Trump alleged that the newspapers like The Wall Street Journal had no clue about the ground realities of US-China trade.

"They haven't got a clue. They don't make any excuses for the fact that China has been literally ripping off the United States in the worst manner for so many years. USD 500 billion pouring out of the United States," he said.

The president asserted that because of his policies, China was having one of the worst economic years in decades.