Curfew in Santiago after Chileans continue clashes with police

Curfew in Santiago after Chileans continue clashes with police 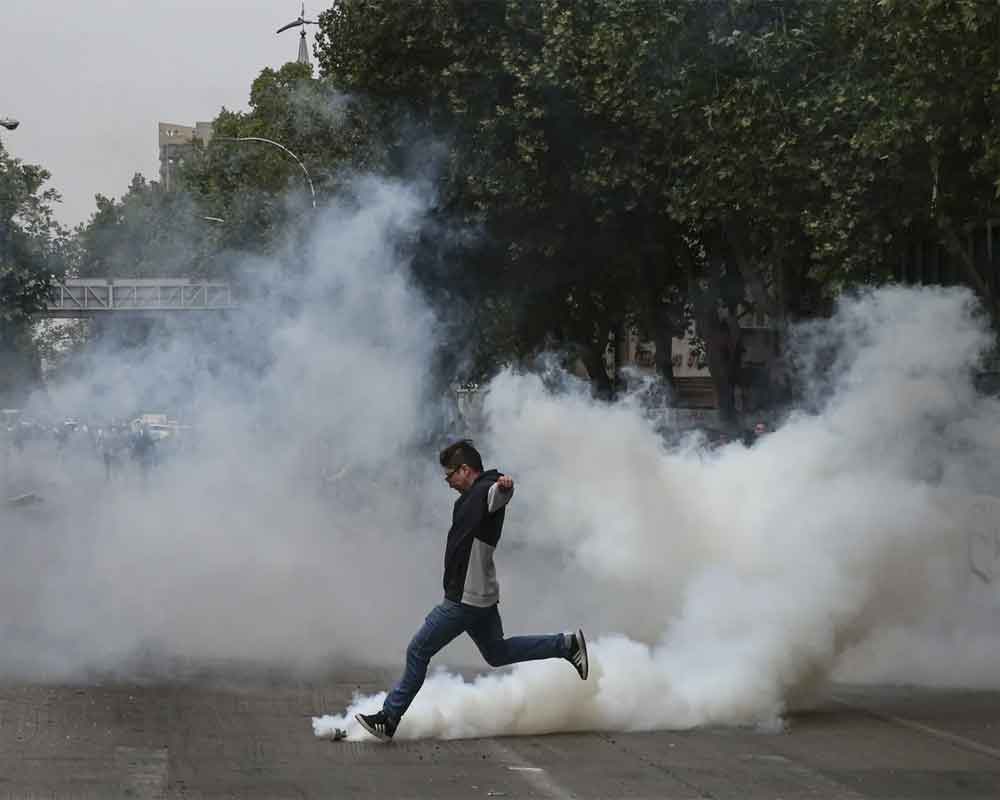 Chileans angry over social and economic issues clashed with security forces for a second day Saturday despite a state of emergency declared to quell the worst violence in years in one of Latin America's most stable countries.

Authorities announced a curfew in Santiago starting at 0100 GMT Sunday, after protesters set buses on fire, burned metro stations and clashed with riot police in the city of seven million.

"Having analyzed the situation and the appalling actions that occurred today, I have made the decision to suspend freedoms and movement through a total curfew," said Army General Javier Iturriaga, who is overseeing security during the state of emergency.

The day had started with thousands of Chileans banging pots and pans in Santiago and other cities, reflecting broad anger over economic and social conditions, including a yawning gap between rich and poor.

But clashes later erupted in Plaza Italia, ground zero of Friday's violence, and outside the presidential palace.

Protesters again set buses on fire in downtown Santiago, leading to the suspension of services.

"We're sick and tired, enough already. We're tired of them screwing around with us. Politicians only do what they want to do, and turn their backs on all reality," said Javiera Alarcon, a 29-year-old sociologist protesting in front of the presidential palace, which was surrounded by police and military vehicles.