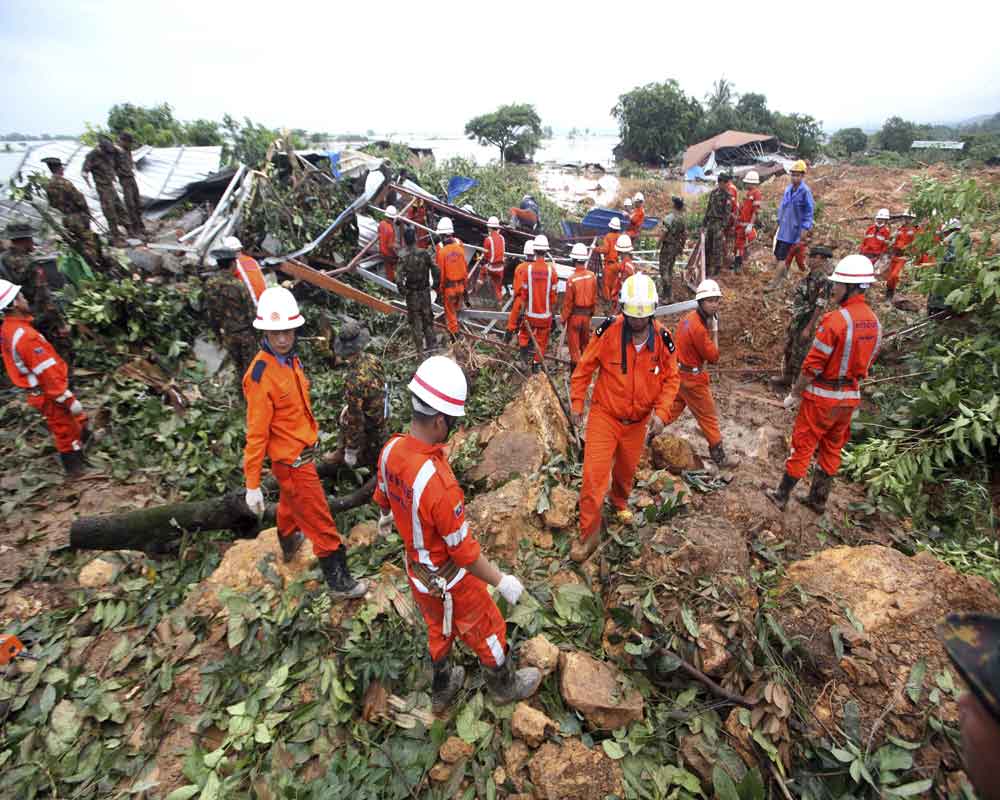 The death toll in a landslide that buried more than a dozen village houses in southeastern Myanmar has climbed to 56, an official said Monday.

The landslide hit a village in Paung township on Friday. Zaw Zaw Htoo, a member of parliament from Paung who arrived at the scene over the weekend, said three more bodies were recovered on Monday morning, bringing the death toll to 56.

The top official in Mon state, Aye Zan, had visited the site and villagers who were evacuated to a relief camp to escape floods following torrential rains.

The UN Office for the Coordination of Humanitarian Affairs said that monsoon flooding had displaced more than 7,000 people last week in Mon state.

Apart from the landslide in Paung, houses and a school in other townships were washed away, roads were blocked and villages were submerged.

Nearly 12,000 people have been displaced in Myanmar last week alone, bringing the total number of those in evacuation centers to more than 38,000, the UN said.