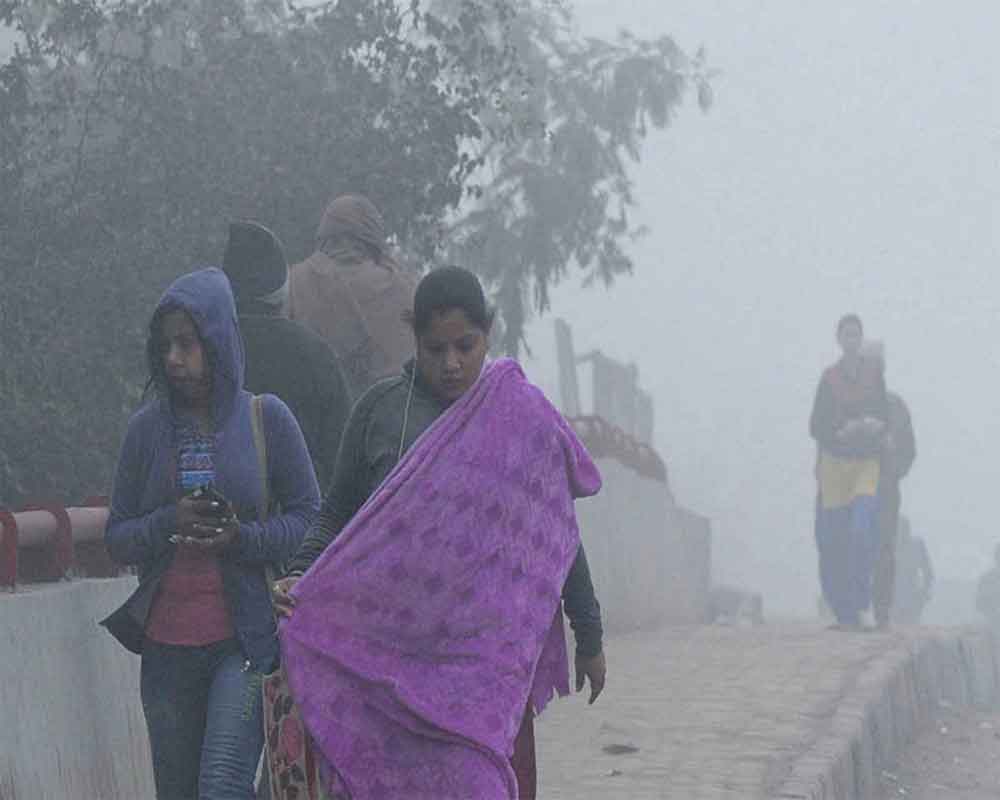 Delhi recorded the coldest day of the season on Wednesday with temperatures below 8 degree Celsius on a day when the air quality index (AQI) has also worsened.

According to Skymet Weather, on Wednesday, both the observatories of Delhi - Palam and Safdarjung - recorded the lowest minimum of the season.

The Delhi AQI has worsened once again with the AQI of the city crossing the 300 mark. Today morning, the AQI of the national capital Delhi was recorded at 305.

Skymet said pollution in many places in Delhi is in the poor category, while some places have recorded even very poor AQI.

Air quality in a few prominent places like Dhirpur, Chandni Chowk, Delhi University and Noida is in 'poor' to 'very poor' category. A few isolated pockets are still witnessing air in the 'moderate' category.

The reason for this increase in pollution level is the light wind in the city which is unable to scatter the pollutants.

"We expect the air to deteriorate even further in the coming days especially in the next 48 hours due to the combined effect of sliding temperatures and light winds. Winds are not likely to pick up pace until the next 48 hours. Thereafter, the air quality might improve a little. Therefore, no prominent improvement is likely in the air quality in the next few days," Skymet said.