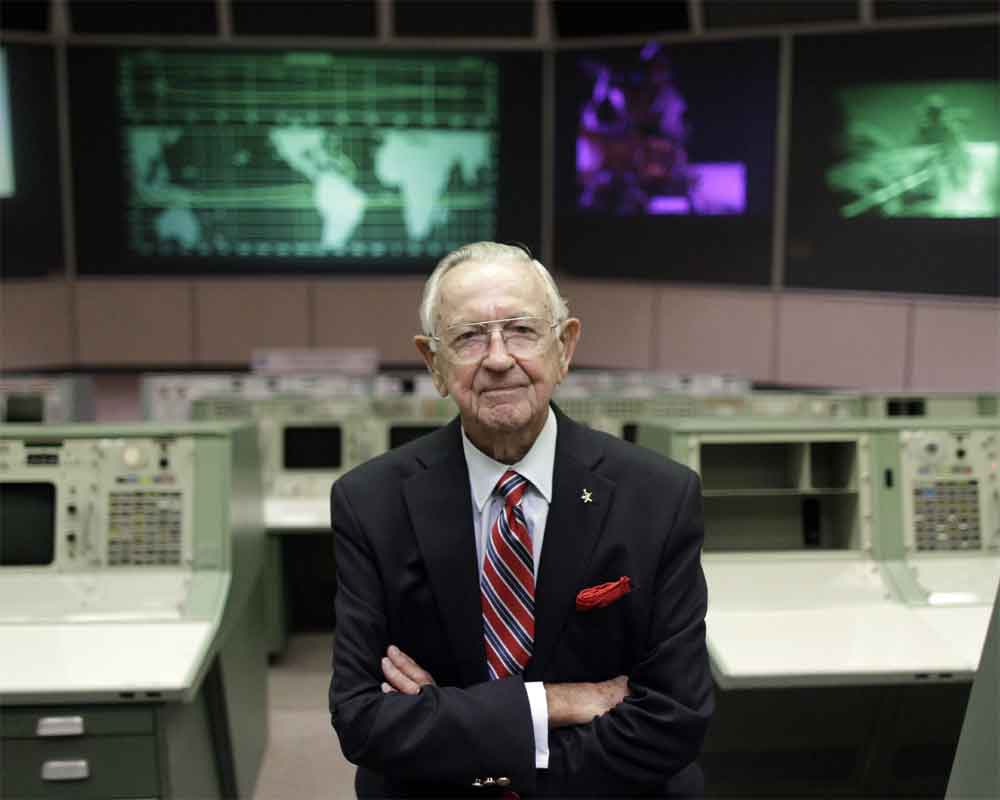 The 95-year-old joined NASA in 1958 and developed the planning and control processes needed for crewed space missions, creating the agency's Mission Control operations that were used to manage the first US manned spaceflight and the Apollo missions to the Moon.

"America has truly lost a national treasure today with the passing of one of NASA's earliest pioneers," said agency chief Jim Bridenstine in a statement announcing Kraft's death on Monday.

"Chris was one of the core team members that helped our nation put humans in space and on the Moon, and his legacy is immeasurable." Space enthusiasts around the world commemorated the 1969 Moon landing on Saturday.

In Houston, where the Apollo missions were conducted, thousands of space enthusiasts descended upon the NASA Johnson Space Center for a countdown to the anniversary, and watched a giant screen that replayed the iconic moments before fireworks lit up the sky.

Events marking the anniversary have revived public enthusiasm for crewed space flight, as NASA charts new missions to the Moon and on to Mars.