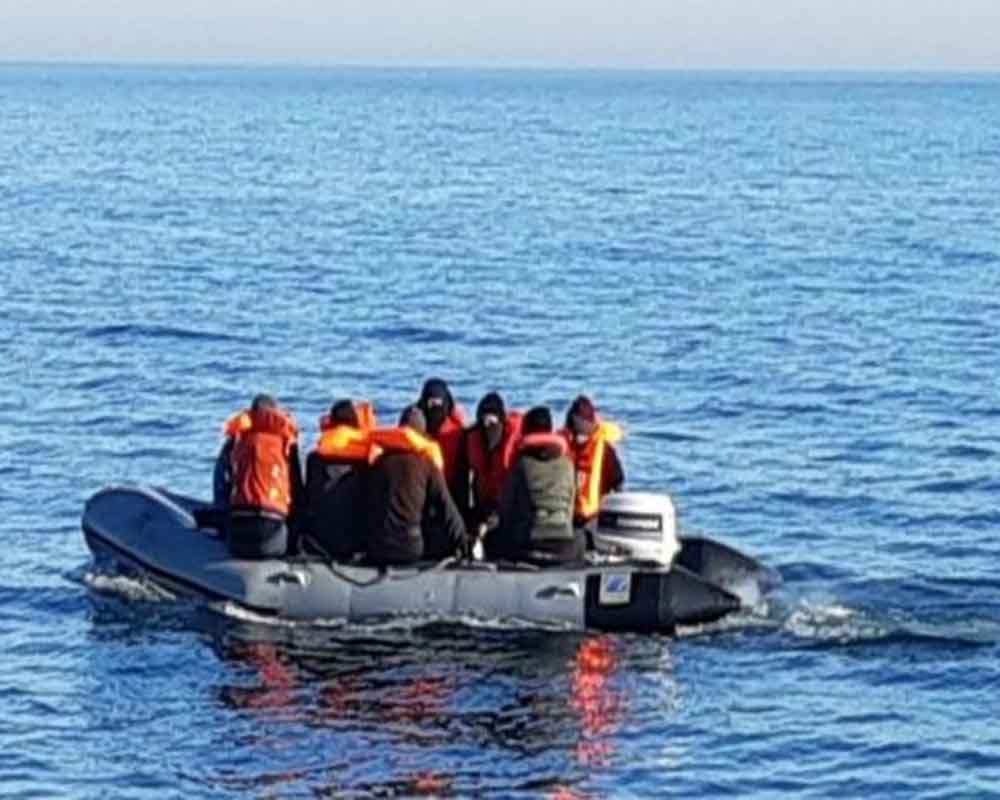 France's coast guard on Sunday stopped a small boat with nine migrants -- including a boy suffering mild hypothermia -- from crossing the English Channel to reach Britain, it said in a statement.

The nine, all of them male and most of them adults, said they were Iranians, the regional marine prefecture said in the statement.

They were intercepted by a patrol vessel around 5.5 kilometres (3.5 miles) offshore, only a short way across the Channel, which is around 30 kilometres wide at its closest points. They were taken to the nearby city of Calais where they were handed over to border authorities.

Migrants seeking to enter Britain have been frustrated in attempts to cross on vehicles through the Channel Tunnel or on ferries. Some have turned to trying to cross the Channel in small boats, risking low temperatures, strong currents and heavy shipping traffic.