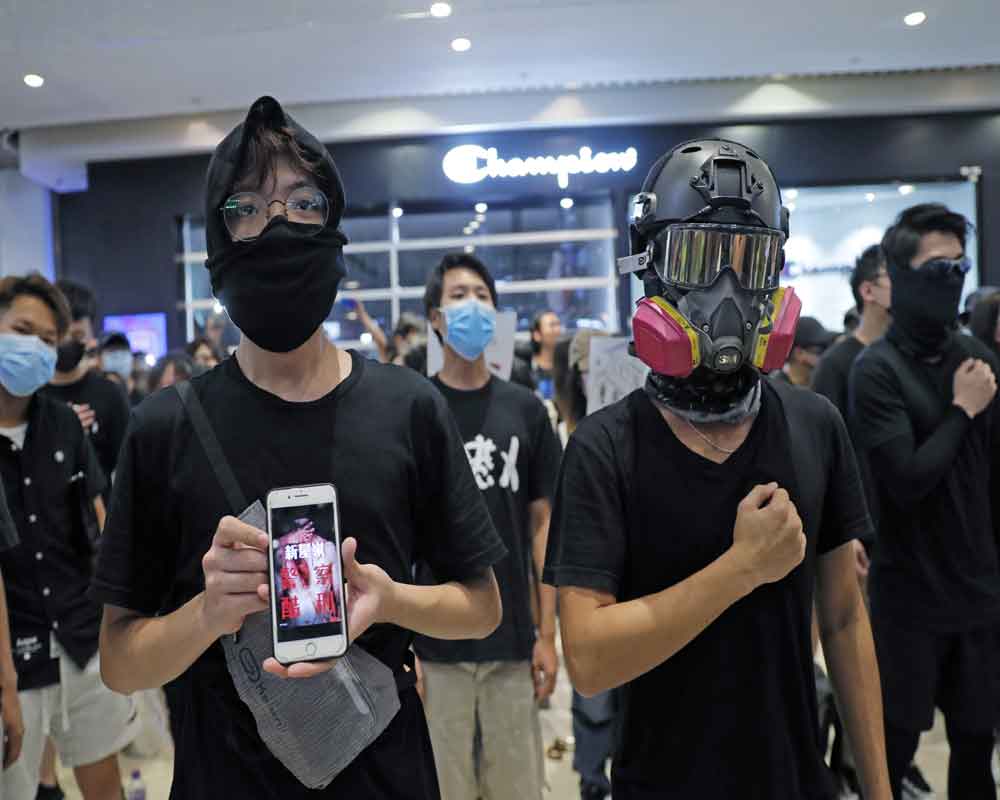 Hong Kong reduced rail and bus links to the city's airport on Sunday and police stepped up security checks in a bid to scupper plans by pro-democracy protesters to disrupt the bustling transport hub.

The airport -- the world's eighth busiest -- has become a frequent target for a protest movement pushing for greater democratic rights and police accountability.

Online forums used by the largely leaderless movement had called for a "stress test" of the airport on Sunday, code for disrupting travel links or occupying buildings.

But in a bid to stop large numbers of protesters making their way to the airport, transport operators on Sunday reduced the number of stations the city's Airport Express train would stop at and also pared down bus services.

Millions of pro-democracy supporters have taken to Hong Kong's streets for the past three months in the biggest challenge to China's rule since the city's handover from Britain in 1997.

Early on in the movement protests at the airport were peaceful, with good-natured crowds of activists using the arrival hall to educate travellers about their goals.

Protesters then took a more hardline approach in a bid to ramp up pressure on Beijing and city leaders by denting Hong Kong's reputation as a stable business destination.

In late August, flights were severely disrupted for two days after crowds occupied the arrival and departure halls, physically halting passengers from taking flights and later beating two men they accused of being Chinese mainland spies.

A third major disruption occurred on September 1 when road and rail links to the airport were blocked, forcing many travellers to abandon vehicles and drag their luggage for kilometres.

In recent weeks police have shown a better ability to stymie attempts to disrupt the airport.

A promised "stress test" on September 7 failed to materialise when riot police fanned out across major stations, and train and bus services were reduced.

It is the 16th consecutive weekend Hong Kong has seen rallies or clashes.

The protests were ignited by a now-abandoned plan to allow extraditions to authoritarian mainland China, but after Beijing and local leaders took a hard line the movement snowballed and became much wider.

Core demands from protesters include an inquiry into the police, an amnesty for those arrested and universal suffrage -- all rejected by authorities and Beijing.

Earlier this month city leader Carrie Lam abandoned the extradition bill and called for dialogue but the concessions was viewed as too little, too late by many.

As a result, the protests show little sign of abating.

On Sunday afternoon hundreds gathered in a mall in the district of Sha Tin to sing a popular protest anthem.