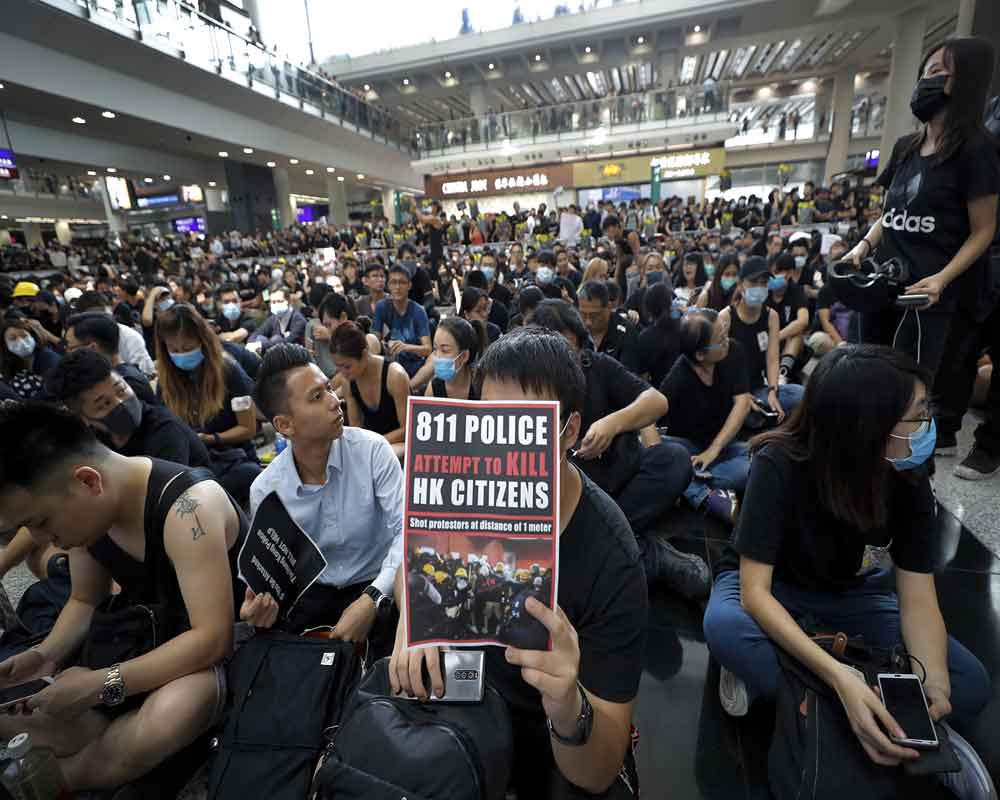 India has issued a travel advisory to its citizens travelling to Hong Kong or transiting through it about the flight disruptions amidst the massive pro-democracy protests in the Asian financial hub.

The Hong Kong Airport on Monday cancelled flights after protesters stormed in the arrival halls wearing eye patches and bandages opposing a bill that allows extraditions to mainland China.

For the over two months, Hong Kong is witnessing the biggest pro-democracy protests since Britain handed it over to China in 1997. The protests have continued even after the local government said the bill has been suspended.

"Operations at Hong Kong International Airport have been seriously disrupted due to public demonstrations on August 12," a travel advisory issued on Tuesday by the Indian Consulate in Hong Kong said.

While operations are likely to resume on August 13, however, flights are likely to continue to be delayed and/or cancelled as it is possible that more protests may be held, it said in a notice posted on the Consulate's website.

"Indian passengers are advised to be in touch with airlines to find alternative travel routes to avoid inconvenience, till normalcy is restored in airport operations," the notice read.

Indian passengers who are already in Hong Kong and waiting to depart are advised to be in touch with their respective airlines for information about likely timelines for resumption of their flights, it added.

The city's leader Carrie Lam on Tuesday said that she was worried over the situation in Hong Kong and the violent protests will push it "down a path of no return."

"Violence, no matter if it's using violence or condoning violence, will push Hong Kong down a path of no return, will plunge Hong Kong society into a very worrying and dangerous situation," Lam said.