Indian-origin Kamala Harris drops out of 2020 US presidential race

Indian-origin Kamala Harris drops out of 2020 US presidential race 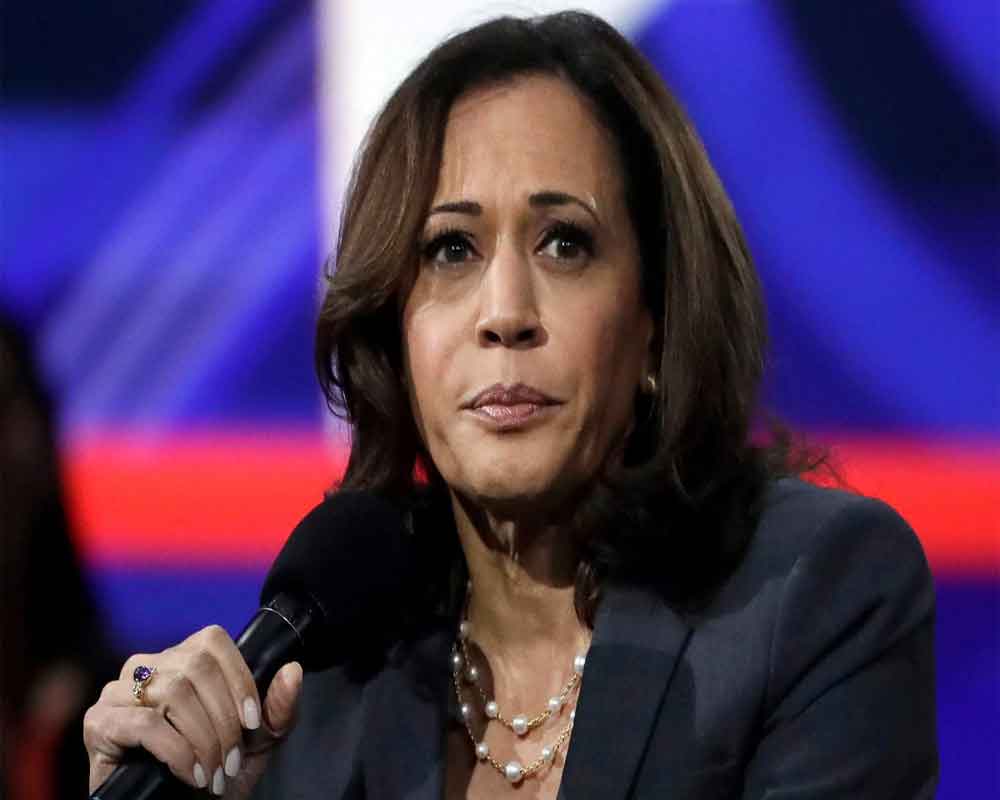 Indian-origin Senator Kamala Harris has abruptly dropped out of the 2020 US Democratic presidential race, saying she does not have the financial resource to continue her campaign.

The surprising announcement by Harris, 55, came during a call with her campaign staffers on Tuesday.

"To my supporters, it is with deep regret -- but also with deep gratitude -- that I am suspending my campaign today," Harris said in a tweet on Tuesday.

"But I want to be clear with you: I will keep fighting everyday for what this campaign has been about. Justice for the people. All the people," Harris said.

Harris, who is of mixed Indian and African heritage, had been polling poorly in recent weeks.

A latest poll released on Monday saw her ratings dropping down to a mere three per cent, reflecting that her campaign was struggling to make traction ahead of what is being viewed as one of the most polarised elections in American history.

Harris was among the first major Democratic Party leaders to announce her presidential run in last January, which was attended by a massive crowd of over 20,000 supporters.

Two months before the Iowa caucuses, Harris's departure was unexpected. At the start of her campaign, Democrats viewed the California senator as one of the party's strongest contenders against Trump.

While she made an impressive performance during her first Democratic party debate against former vice president Joe Biden, she had not been faring well during the subsequent debates.

In the last debate, she entered into a verbal dual with Congresswoman Tulsi Gabbard, another Democratic presidential aspirant.

In a post on online publishing platform Medium, Harris explained the reasons for the sudden suspension of her campaign.

"I've taken stock and looked at this from every angle, and over the last few days (I) have come to one of the hardest decisions of my life. My campaign for president simply doesn't have the financial resources we need to continue," she wrote.

"I'm not a billionaire. I can't fund my own campaign. And as the campaign has gone on, it's become harder and harder to raise the money we need to compete. In good faith, I can't tell you -- my supporters and volunteers -- that I have a path forward if I don't believe I do," she said.

"So, to you my supporters, it is with deep regret - but also with deep gratitude - that I am suspending my campaign today. But I want to be clear with you: I am still very much in this fight," she wrote, referring to the causes she has been vocal about.

Though not running for president any more, Harris said, she will do everything in her power to defeat incumbent Donald Trump and fight for the future of the country.

Harris said her campaign uniquely spoke to the experiences of Black women and people of colour -- and their importance to the success and future of this party.

"And I believe our campaign showed every child in America - regardless of their colour or gender - that there are no limits to who can lead and hold positions of power in our country. In that way - this campaign has been so much bigger than me," she said.