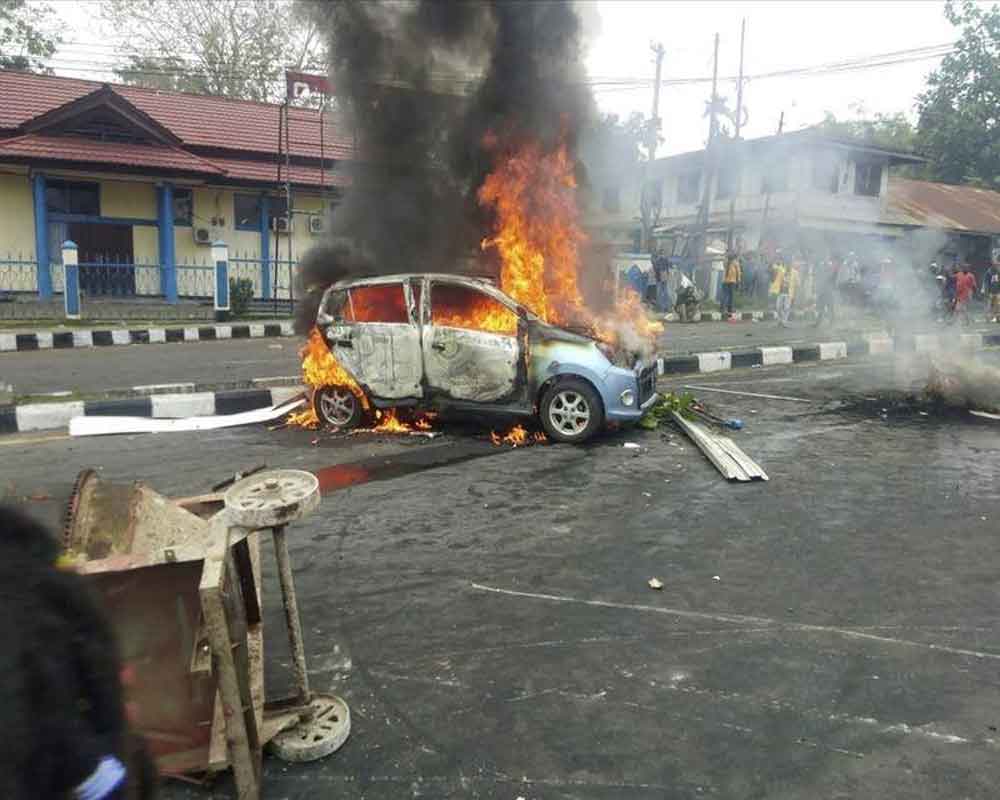 Indonesia has blocked internet access in unrest-hit Papua over fears that a stream of offensive and racists posts online will spark more violent protests in the region, the government said Thursday.

Riots and demonstrations brought several Papuan cities to a standstill this week, as buildings were torched and street battles broke out between police and protesters in Indonesia's easternmost territory.

A rebel insurgency against Jakarta's rule has simmered for decades in the island region, which shares a border with Papua New Guinea.

But the riots appear to have been triggered by the arrest of dozens of Papuan students -- who were also pelted with racist abuse -- in Java at the weekend.

"As of this morning, there is still a full block on internet access," communications ministry spokesman Ferdinandus Setu told AFP.

"The amount of racist and provocative content online was very high... And it went viral." The region's three internet providers cooperated with the shutdown, but many users managed to get around the block, Setu said.

"The restrictions have not been that effective," he added. "We're still evaluating the situation... And will probably lift the block by this afternoon if possible." Calm appeared to have been mostly restored Thursday after Indonesia sent in 1,200 extra police and military to Papua, with some 45 protesters reportedly arrested.

Indonesia's chief security minister Wiranto, who goes by one name, flew to the island late Wednesday with the head of the military and Indonesia's national police chief.

They were expected to hold a press briefing Thursday in riot-hit Manokwari city.

In Jakarta, more than 100 demonstrators calling for Papuan independence scuffled with police near the presidential palace, while dozens of placard-holding demonstrators protested in Bali's capital Denpasar.

The unrest was sparked by reports that authorities tear-gassed and briefly detained some 43 Papuan university students in Surabaya, Indonesia's second-biggest city, on Saturday -- the country's independence day.

Police in riot gear stormed a dormitory to force out students who allegedly destroyed an Indonesian flag, as a group of protesters shouted racial slurs at them, calling them "monkeys" and "dogs".

Papua has been the scene of a decades-old rebel insurgency aimed at gaining independence from Indonesia, which took control of the former Dutch colony in the 1960s.

Security forces have long been accused of committing rights abuses against Papuans who say they have not shared in the region's vast mineral wealth.