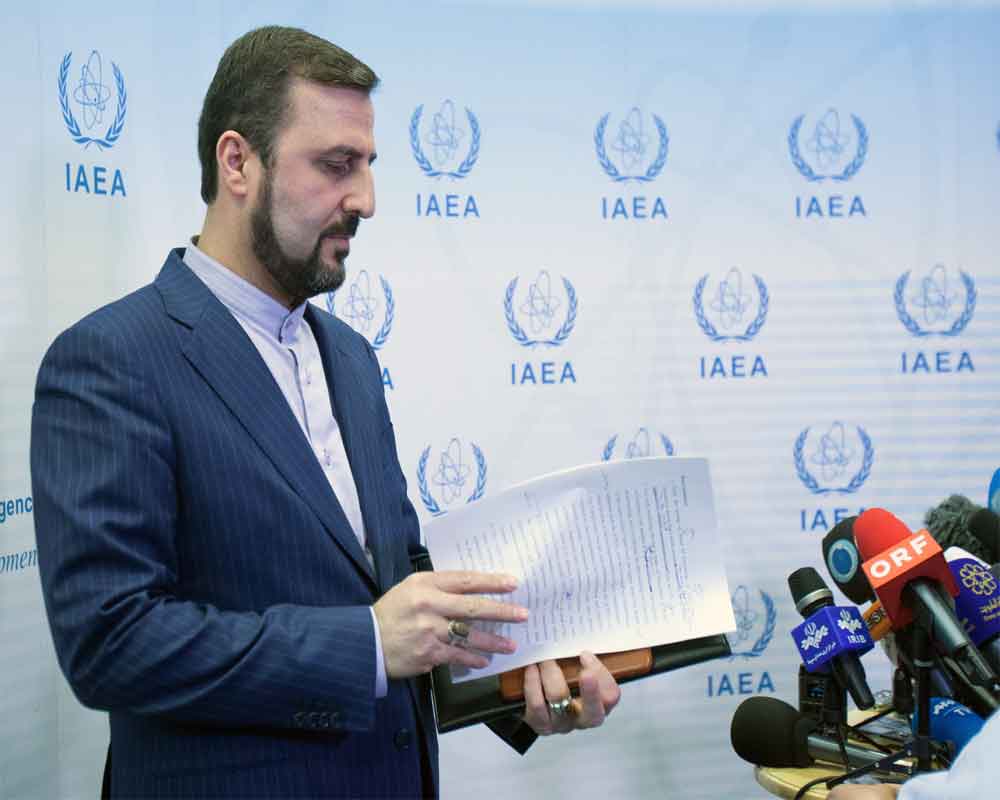 Iran rejected Wednesday "undue pressure" from the US and Israel over its nuclear programme and warned it could be "counterproductive" to cooperation with the UN's nuclear watchdog.

Tehran's ambassador to the International Atomic Agency (IAEA), Kazem Gharib Abadi, told a meeting of the agency's board of governors that recent statements by US officials and Israeli Prime Minister Benjamin Netanyahu amounted to "a US-Israeli plot" to put pressure on the agency and its inspection activities in Iran.

Gharib Abadi told reporters that "we interpret all these acts and activities as undue pressure on the agency".

He said that any attempt to "put the agency under pressure, would be counterproductive, both for the integrity and the credibility of the agency and also for... Constructive, timely and proactive cooperation by Iran with the agency."

"Absolutely Iran will make its own reactions to these pressures," he added, without specifying what these would be.

The row centres on the IAEA's call on Iran earlier this week to "respond promptly" to the agency's questions.

While the agency itself has not called Iran's cooperation inadequate, the US has said there are "questions about possible undeclared nuclear activities".

On Monday Netanyahu accused Iran of operating a previously undisclosed site aimed at developing nuclear weapons and then destroying it after it was detected.

The latest disputes have put further strain on European efforts to save the 2015 deal with world powers on Iran's nuclear programme.

Gharib Abadi said the IAEA's call for speedy answers was "not a new issue.

"The agency is always encouraging countries to expedite the process of cooperation," he said.

Iran has abandoned three sets of commitments relating to its nuclear programme which were laid out in the deal, and on Wednesday Iranian President Hassan Rouhani said further such measures could be taken "if essential and necessary".

Iran has already broken the limits laid down in the accord for stockpiling enriched uranium as well as the level of enrichment.

When asked whether the enrichment level could rise further, Gharib Abadi said: "At this stage it is not a matter of consideration." On Saturday Iran began installing advanced centrifuges to enrich uranium at a faster rate, its third step in reducing commitments under the 2015 deal.

Asked how much uranium Iran intended to produce, Gharib Abadi said Iran would do so "to the extent that the country is in need".