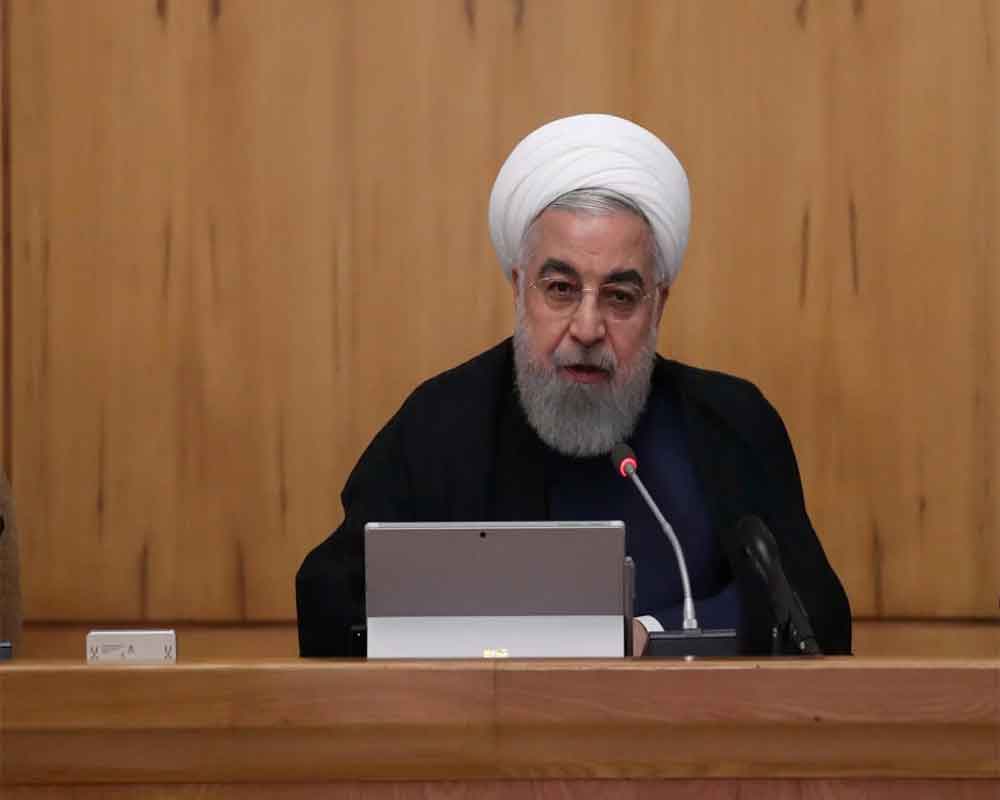 Iran's President Hassan Rouhani and his delegation could be forced into skipping next week's UN General Assembly because the United States has yet to issue them visas, state media said Wednesday.

Rouhani and his delegation had been scheduled to travel to New York for the annual UN gathering on Monday, but that was now looking unlikely, state news agency IRNA said.

"If the visas aren't issued in a few hours, this trip will probably be cancelled," it reported.

The foreign minister had been due to travel to New York on Friday morning, according to IRNA.

US Secretary of State Mike Pompeo declined to comment specifically on the case, but he suggested the Iranians should be denied visas.

"We don't talk about granting or absence of granting of visas," Pompeo told reporters travelling with him to Saudi Arabia.

"If you're connected to a foreign terrorist organisation, I don't know," he added.

"Seems to me it would be a reason to think about whether they have to be permitted to attend a meeting which is about peace."

The US has blamed Iran for weekend attacks on two Saudi oil installations as well as a string of assaults on shipping in sensitive Gulf waters.

Despite Pompeo's remarks, UN Secretary-General Antonio Guterres expressed hope that the delegation would get their visas following intervention from the world body.

"We have been in contact with the host-state to solve all outstanding visa problems in relation to delegations and I hope that this will allow to solve the problem," he said.

The absence of Rouhani would ruin France's bid to arrange a meeting between him and Trump as part of European efforts to de-escalate tensions between the arch-foes.

"Iran's absence will show that in contrast with its commitments to the United Nations and international organisations within the framework of agreements, diplomacy has no value for the United States," IRNA said.

"Although the Islamic Republic of Iran has not left the scene and it continues its active diplomacy, the US government must answer for its behaviour."

The UN General Assembly debate is due to begin on Tuesday.

As the host government, the United States is generally obliged to issue visas to diplomats who serve at UN headquarters.

But Iran and the United States have been at loggerheads since May last year when Trump abandoned a 2015 nuclear deal and began reimposing sanctions in its campaign of "maximum pressure".

Iran responded by scaling back its commitments under the landmark accord, which gave it the promise of sanctions relief in return for limiting the scope of its nuclear programme.