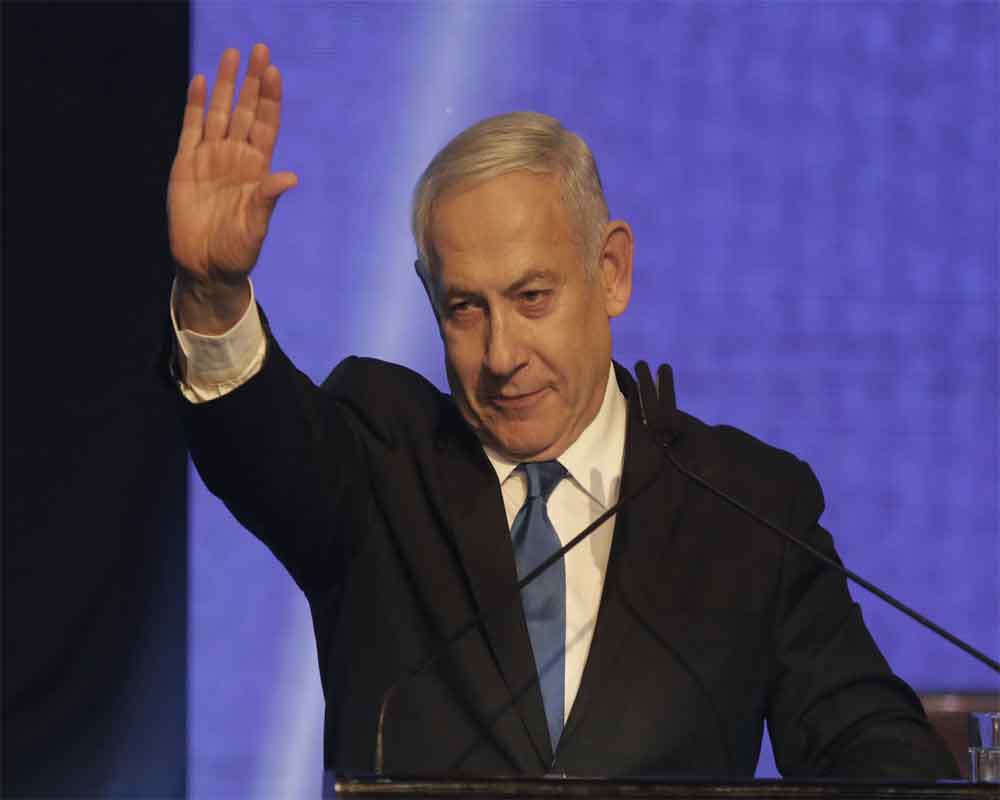 Israel's ruling Likud party and its main rival Blue and White party are tied at 32 seats each, putting the country's longest serving prime minister Benjamin Netanyahu on a shaky ground with his right-wing bloc falling five short of a majority in the 120-member Parliament.

According to the Times of Israel, Netanyahu's Likud and centrist challenger Benny Gantz's Blue and White stood at 32 seats each after counting of 90 per cent of ballots were completed. The elections were held on Tuesday.

The secular Yisrael Beitenu party won 9 seats, making its leader Avigdor Lieberman the kingmaker in the elections, as predicted earlier in the exit polls.

Netanyahu, 69, called the snap election after failing to form a governing coalition with a viable majority after April's vote.

Joint List, an alliance of mostly Arab Israeli parties, stood at the third place with 12 seats, followed by the ultra-Orthodox Shas with nine seats.

United Torah Judaism has 8, Yamina has 7, Labour-Gesher is at 6 and the Democratic Camp has 5.

Lieberman, 61, on Wednesday said that "the picture is clear... There is only one option and it's a broad liberal unity government" comprising of Likud, Blue and White and his own Yisrael Beitenu.

Lieberman asserted that he will not join any other coalition.

The news report stated that Netanyahu rejected the idea of a coalition that would include the Joint List as a partner, saying there cannot be a government that relies on “parties that praise and glorify bloodthirsty terrorists who kill our soldiers, our citizens, our children.”

Gantz, 60, on Wednesday told supporters that his party's campaign had “completed the mission.”

“We proved that the idea called Blue and White, an initiative that we started a few months ago, is a success, big-time, and it's here to stay,” Gantz was quoted as saying by the Times of Israel.

Earlier, the exit polls stated that the right-wing bloc led by Netanyahu is projected to win between 55-57 seats, but his main challenger Gantz's Blue and White party also does not have the possibility of reaching the magical figure of 61 in a 120-member Knesset (Israeli Parliament), making the possibility of a unity government the most likely one.