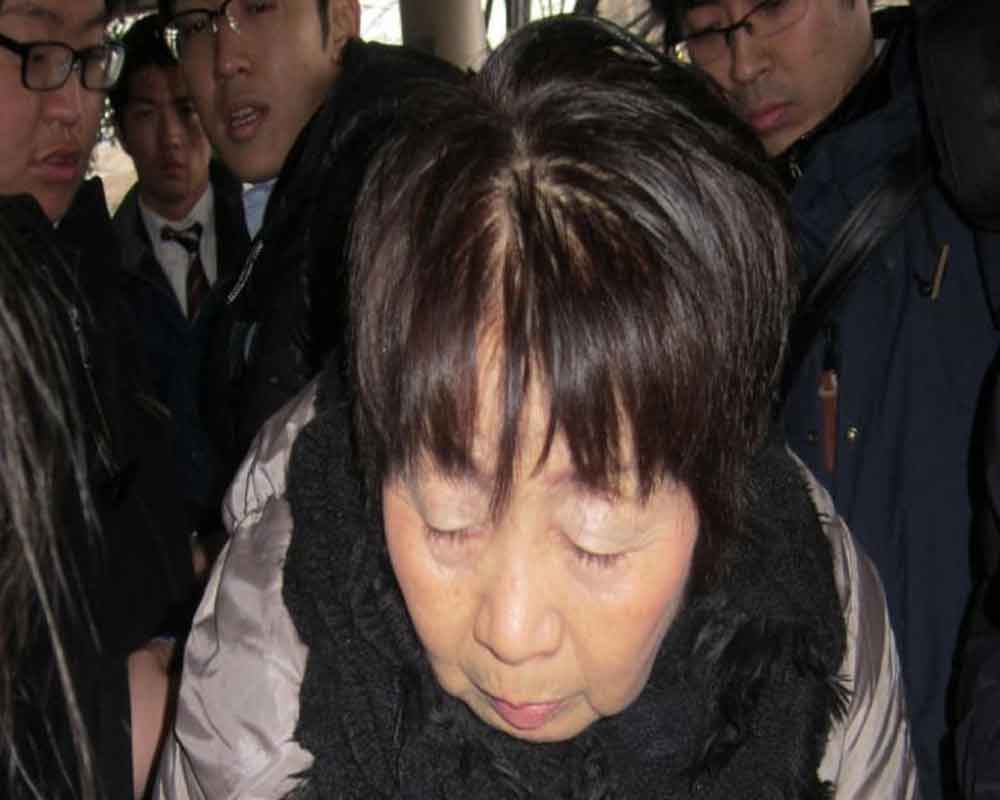 A Japanese court on Friday upheld the death sentence for a woman dubbed the "Black Widow", who used cyanide to kill a string of elderly and rich lovers and pocketed millions in insurance payouts and inheritance.

The Osaka High Court rejected an appeal by Chisako Kakehi, 72, to overturn her sentence of death by hanging for the murder of three men -- including a husband -- and the attempted murder of another, in a case that gripped Japan.

Kakehi became notorious after using poison to dispatch a number of elderly men she was involved with, drawing comparisons with the spider that kills its mate after copulation.

The court "turned down the appeal" made by defence lawyers, according to a spokesman.

Her lawyers launched a final appeal, according to local news agency Jiji Press.

Handing down the death sentence in 2017, presiding judge Ayako Nakagawa said the murders were "cunning and malicious" and Kakehi made her victims drink cyanide "with a murderous intention." The judge rejected defence arguments that she was not criminally liable because she was suffering from dementia.

The trial lasted a marathon 135 days and captured the imagination of the Japanese public, with more than 560 people lining up for 51 seats in the courtroom.

Kakehi reportedly amassed one billion yen ($8.8 million) in payouts over 10 years but subsequently lost most of the fortune through unsuccessful financial trading.

She had relationships with many men, mostly elderly or ill, meeting some through dating agencies, where she reportedly stipulated that prospective partners should be wealthy and childless.

Kakehi, also known as "The Poison Lady", is said to have stashed some of her cyanide in a plant pot she later threw out.

The poison was found in the body of at least two of the men she was involved with and police reportedly found traces of cyanide in the rubbish at her Kyoto home.

They also found paraphernalia for administering drugs and medical books at an apartment she kept south of Kyoto.

She initially refused to speak in court but then stunned observers by suddenly confessing to one of the murders, saying she had killed the man because he gave other women money while keeping cash from her.

Kakehi also said she was ready to hang, vowing to "die smiling." In an interview with Jiji last month in the Osaka detention centre, Kakehi said "I apologise with my death. Please hang me."