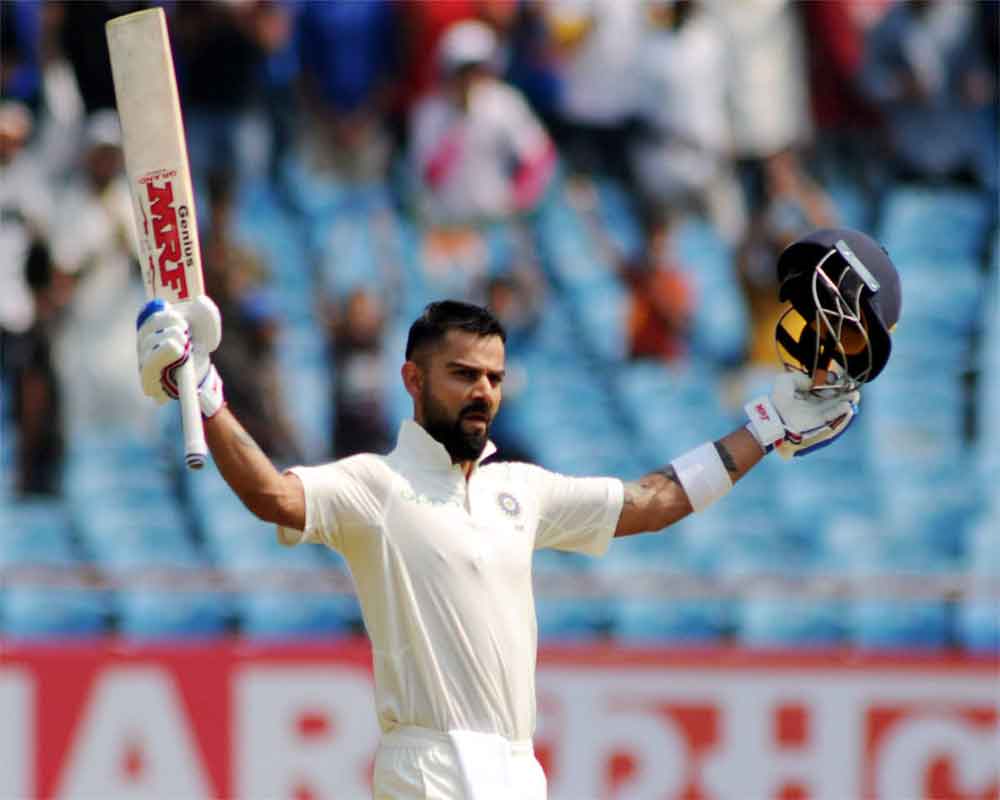 Kohli, who last featured in India's 2-1 Test series win over Australia, is sitting on 922 points. New Zealand's Kane Williamson (913) is second and Cheteshwar Pujara (881) third in the rankings released on Monday.

In the team rankings, India remain in the first place followed by New Zealand (2) and South Africa (3) with England (4) and Australia (5) rounding up the top five.

In the bowlers' list, two Indians feature in the top 10 with Ravindra Jadeja and Ravichandran Ashwin holding the sixth and 10th spot respectively.

England pace spearhead James Anderson has been ruled out of the four-day Test against Ireland starting on Wednesday due to a right calf injury. Had the 36-year-old played the one-off Test, the second placed bowler would have got a chance to bridge the 16-point gap to Australia's Pat Cummins.

In the all-rounders' list, Jadeja is the best-ranked Indian at third spot.