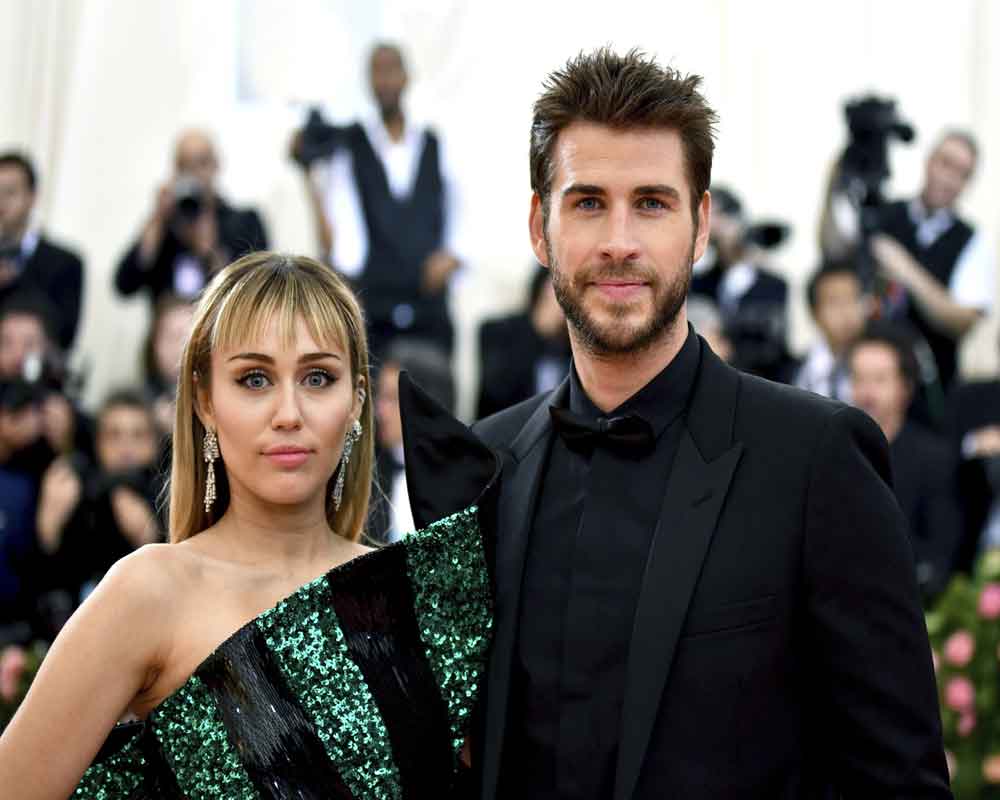 Liam Hemsworth on Tuesday broke his silence on his split from Miley Cyrus saying he wished the singer "health and happiness".

The 29-year-old actor took to Instagram to speak out about the couple's separation barely seven months after they tied the knot in a private ceremony.

"Hi all, just a quick note to say that Miley and I have recently separated and I wish her nothing but health and happiness going forward," Liam wrote alongside a picture of a sunset at the beach.

"This is a private matter and I have not made, nor will I be making, any comments to any journalists or media outlets. Any reported quotes attributed to me are false. Peace and Love," he added.

A representative of Miley, 26, confirmed the news to People magazine over the weekend.

"Liam and Miley have agreed to separate at this time. Ever-evolving, changing as partners and individuals, they have decided this is what's best while they both focus on themselves and careers," the rep said in a statement.

On Monday, the singer apparently addressed the break-up in a social media post, saying "change is inevitable" and it is futile to fight evolution.