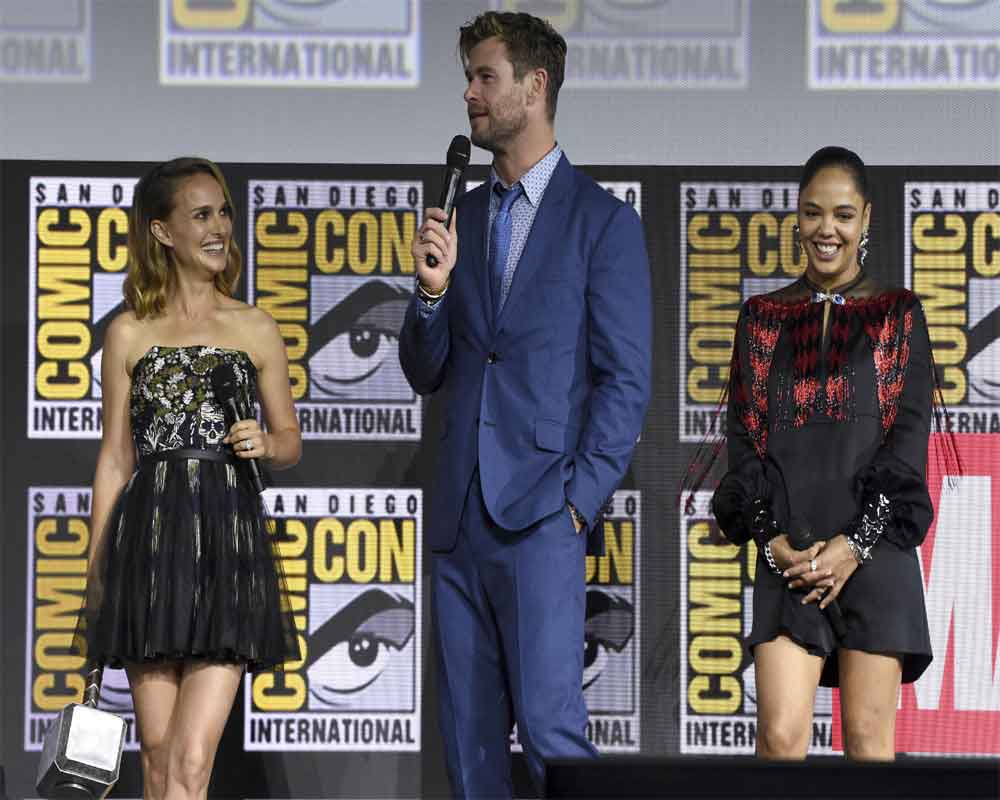 Even before fans could get over the hangover of Marvel's 'Infinity saga', the studio has announced its new slate led by the fourth Thor movie "Thor: Love and Thunder", featuring Chris Hemsworth, Natalie Portman and Tessa Thompson.

The film, to be directed by "Thor: Ragnarok" helmer Taika Waiti, was announced by Marvel movie's panel at the ongoing San Diego Comic-Con.

The news came as a surprise as fans were uncertain about the future of Hemsworth's Asgardian God of Thunder in Marvel Cinematic Universe post the events of "Avengers: Endgame".

According to cnet.Com, Waititi also announced that Portman's Jane Foster will get to adapt a version of the Lady Thor arc that was recently seen in Marvel Comics.

"That story line is incredible is full emotion, love and thunder and introduces for the first time female Thor,"  he said.

"Thor: Love and Thunder" will is scheduled to be released on November 5, 2021.