May implores parliament in final bid to save Brexit deal

May implores parliament in final bid to save Brexit deal 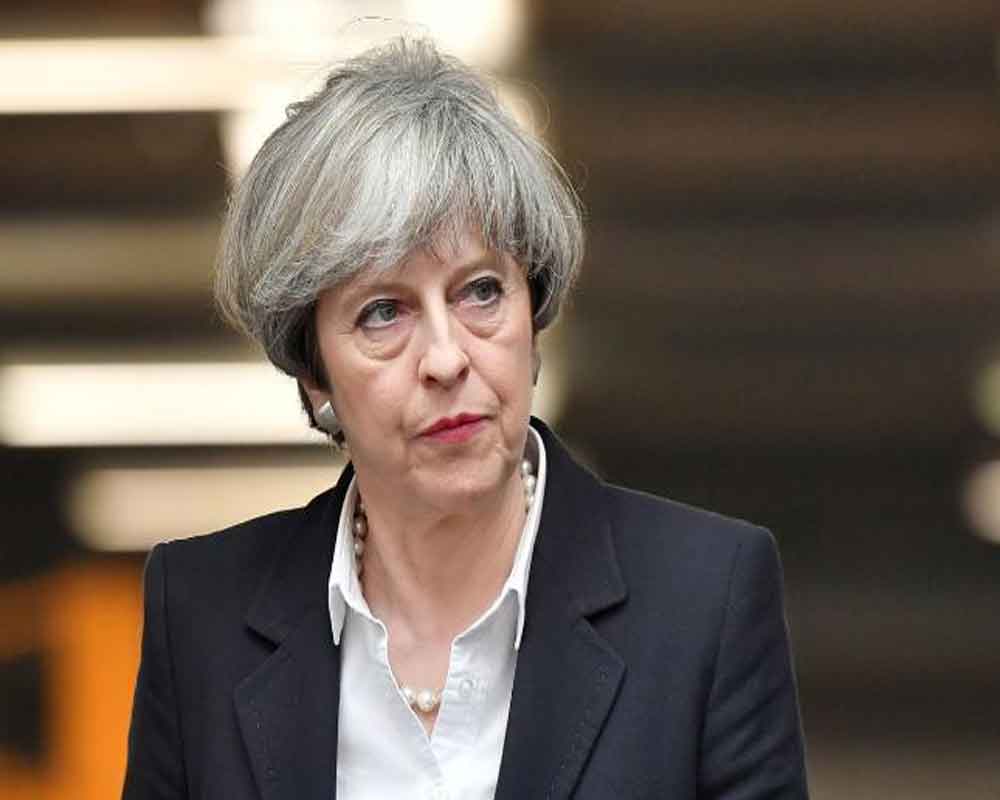 Prime Minister Theresa May on Wednesday implored British MPs to back her reworked EU divorce deal but saw pro-Brexit Conservatives and opposition parties savage her bid for a compromise to end months of political crisis.

On the eve of European elections Britain had not expected to hold three years after the Brexit referendum, May urged lawmakers who have repeatedly rejected her plan to vote for it in early June so that the country can finally leave the bloc later in the summer.

"The opportunity of Brexit is too large and the consequences of failure too grave to risk further delay," the prime minister, who has vowed to stand down following the crunch parliamentary vote, told the House of Commons.

"Reject it and all we have before us is division and deadlock."

May outlined a package of "compromise measures" aimed at securing the support of MPs from the main opposition Labour Party, which included giving parliament a vote on holding a referendum on her divorce deal.

But Labour leader Jeremy Corbyn, who last week pulled out of weeks of cross-party Brexit talks citing the government's unwillingness to compromise, said it was "little more than a repackaged version of her three-times rejected deal".

"The rhetoric may have changed but the deal has not," he added.

Amid strong opposition from May's Conservative colleagues to the new move, Ian Blackford, leader of the Scottish National Party in Westminster, said the embattled prime minister was "fooling no one but herself."

In a sign of the scale of the apparent internal backlash, Environment Secretary and Brexiteer Michael Gove hinted that the vote in the week of June 3 may not even go ahead.

"We will reflect over the course of the next few days on how people look at the proposition," he told BBC radio.

May's offer comes as Britain votes in EU elections Thursday with the two main parties trailing behind the Brexit Party and the pro-EU Liberal Democrats, according to polls.

The latest YouGov survey showed eurosceptic populist Nigel Farage's new Brexit Party claiming 37 per cent of votes, with the Lib Dems second on 19 per cent, followed by Labour on 13 per cent and the Tories lagging in fifth place with just seven per cent.

"If we win big on Thursday, we will kill off any prospect of parliament forcing a second referendum upon us because they know they would lose!" Farage told supporters at a final rally Tuesday.

Liberal Democrat leader Vince Cable, whose party is set to come second in the polls, told a party gathering on Tuesday that a vote for his party was "a vote to stop Brexit".

The pro-EU party's outright rejection of Brexit appears to be resonating with Remain voters who would normally back Labour or the Conservatives.

May has pitched her "new Brexit deal" as MPs' "last chance" to end the political gridlock that has already delayed Britain's departure from the bloc past its original March deadline and prompted public anger.

The government is aiming for the law to be approved by the time parliament's summer recess begins on July 20, which would let the country leave at the end of that month -- as long as lawmakers reject a second referendum.

Otherwise the process could be delayed until October 31 -- the deadline set by the EU -- or even later if its leaders grant Britain another postponement.

Former foreign secretary Boris Johnson, the favourite to replace her as leader, said on Twitter he would not support her new package, having backed it last time it was put to parliament.

"We can and must do better -- and deliver what the people voted for," he said, rejecting the idea of any customs union or second referendum.

Analysts and British newspapers gave May little-to-no chance of winning on this occasion, with the eurosceptic Daily Telegraph calling her move: "Desperate, deluded, doomed."