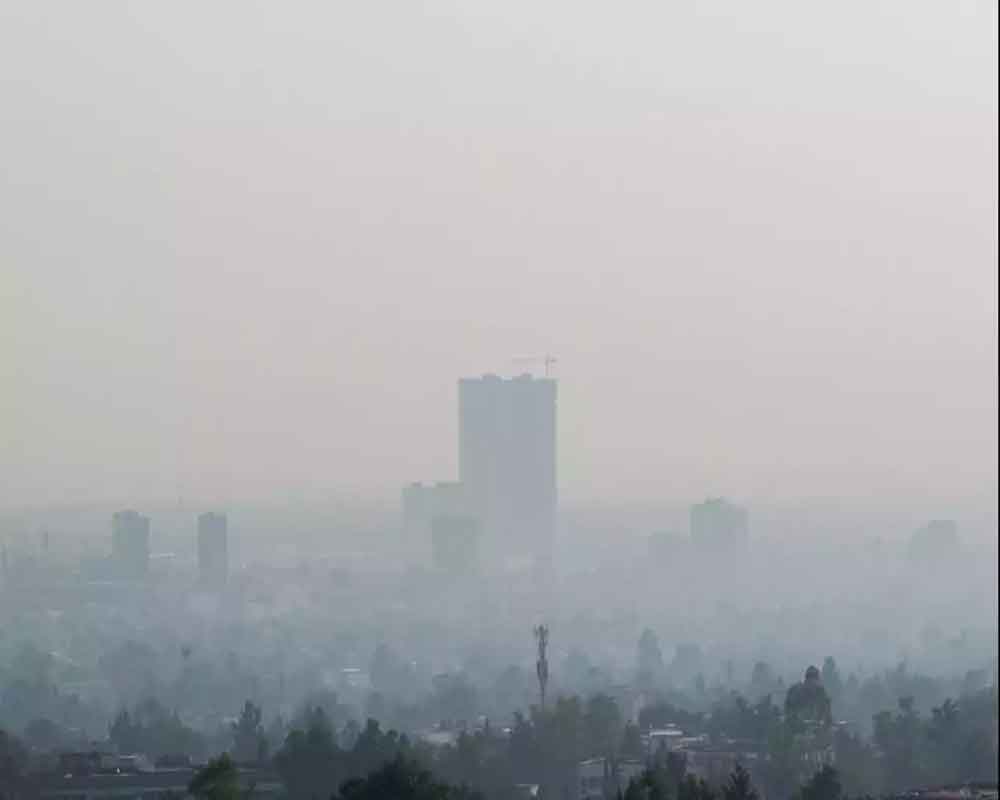 Mexico City declared an environmental alert Tuesday, ordering vehicles off the road and postponing the semi-finals of the first-division football league as a blanket of smog enveloped the sprawling capital.

A series of wildfires on the city's outskirts have combined with stagnant weather conditions to cloak the metropolitan area of more than 20 million people in a gray cloud of air pollution, which passed the critical level of 150 points on the authorities' air quality index.

"The extraordinary environmental contingency plan has been activated for the Mexico valley metropolitan area due to particles" in the air, the city's environmental commission said in a statement.

Authorities called on residents to avoid physical activity outdoors, instructed schools to keep children inside at recess and urged the elderly and those with respiratory illnesses to remain inside.

They also ordered cars with certain license plate numbers off the road for Wednesday, and ordered certain polluting industries to take measures to cut their emissions by 30 to 40 per cent.

The Mexican football league said that under the recommendation of city officials, it had decided to postpone the first leg of the first-division semi-final between Leon and Mexico City club America from Wednesday night to Thursday because of the pollution.

Firefighters have been battling nearly two dozen wildfires on the outskirts of the city. And with little wind, no rain and temperatures of around 30 degrees Celsius, weather conditions have allowed the resulting contamination to stagnate.

Mexico City is naturally prone to air pollution: it is surrounded by a ring of mountains that often trap smog over the capital, preventing it from dissipating.

Polluting industries and the more than five million cars on the city's streets only make matters worse.