My upbringing does not allow me to take a life: Modi

My upbringing does not allow me to take a life: Modi 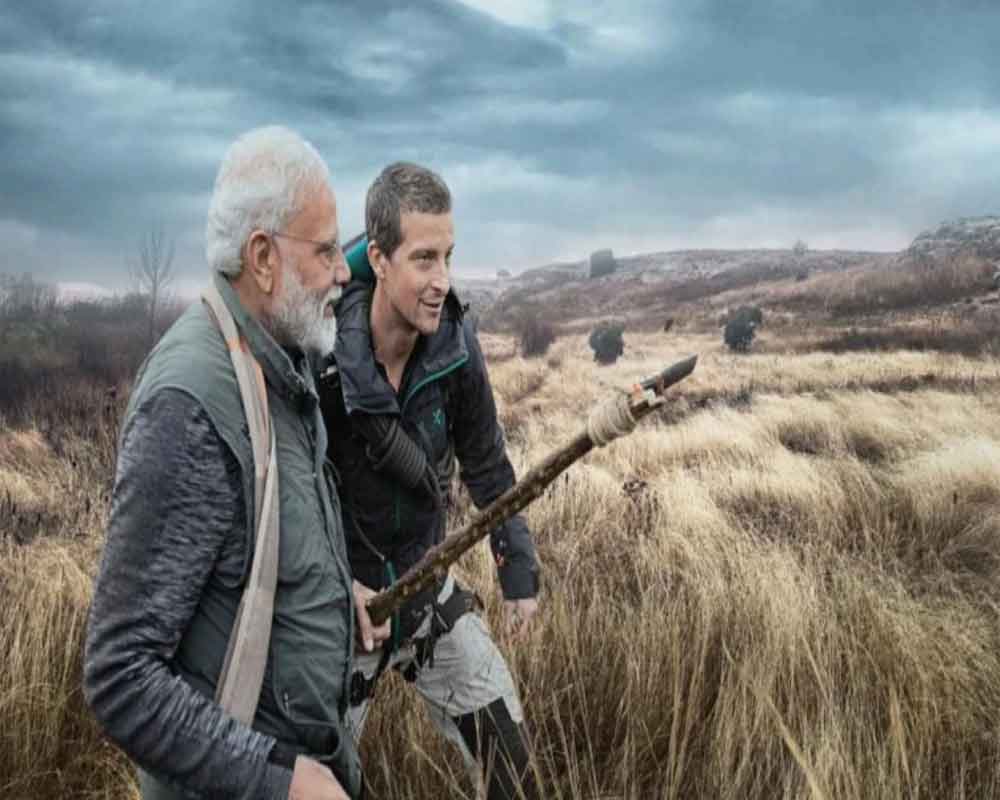 Prime Minister Narendra Modi will soon be seen expressing his views on conservation of nature, his time in the Himalayas, his encounters with wildlife in his youth and the cleanliness drive in India in an episode of "Man Vs Wild".

A video, giving a sneak peek of the episode, was released on Friday.

In the show, adventurer and television presenter Edward Michael Grylls, popularly known as Bear Grylls, gives Modi an improvised version of a spear as a safeguard against potential attack by a tiger. Modi says: "My upbringing does not allow me to take a life. However, I will hold it (the spear) since you insist."

The special episode, which will premiere on August 12 on Discovery Channel, has been shot in the Jim Corbett National Park.

Modi also says: "We should not take this place as a danger zone. When we go against nature then everything becomes dangerous; human beings too become dangerous. On the other hand, if we co-operate with nature, then she also co-operates with us."

During their adventure, Grylls asks about the need and efforts towards cleanliness of India. The Prime Minister says: "Someone from outside cannot clean my India, the people of India make India clean.

"Personal hygiene is in the culture of the Indian people. We need to develop the habit of social hygiene. Mahatma Gandhi has done a lot of work on it, and now we are getting good success in this. I believe India will succeed in this very soon."