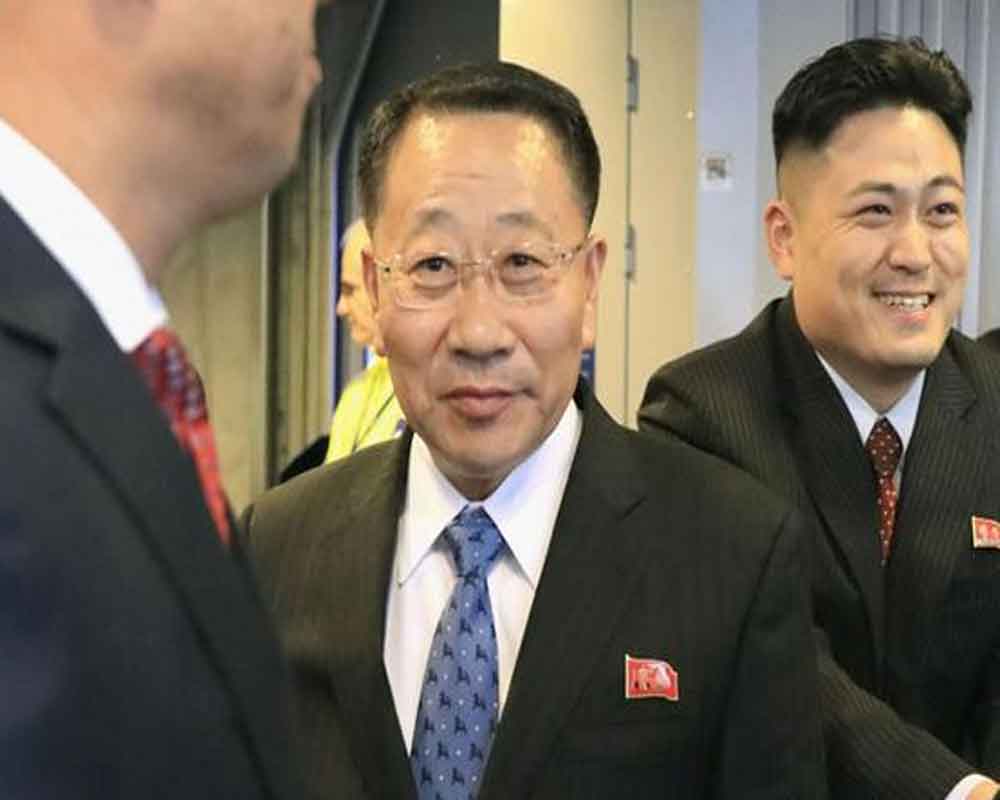 North Korea is calling an outside condemnation of its weapons launches a "grave provocation" and threatening to resume nuclear and long-range missile tests.

Thursday's warning by Pyongyang's Foreign Ministry followed the weekend breakdown of North Korea-US nuclear negotiations in Sweden, the first such talks between the countries in more than seven months.

A ministry statement took issue with a condemnation Tuesday by the European members of the U.N. Security Council over North Korea's recent ballistic missile and other weapons tests.

It says "our patience has a limit" and the condemnation is pushing the North to reconsider whether to maintain the disarmament steps it has taken to build confidence with the U.S.