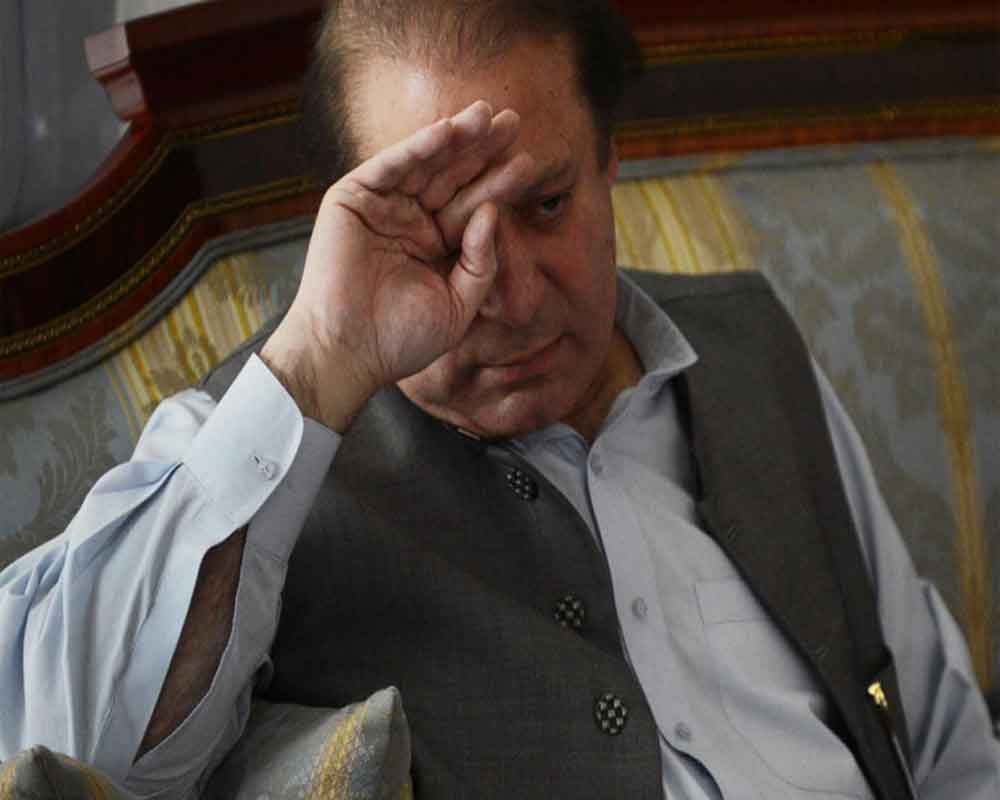 Sharif, 69, has been serving a seven-year prison term since December 24, 2018 when the accountability court convicted him in the Al-Azizia Steel Mills case - one of the three corruption cases filed in the wake of the apex court's July 28, 2017 order in the Panama Papers scandal.

The three-time prime minister was hospitalised on Monday night.

"Former premier Nawaz Sharif is detected to have critically low platelet count (16*10^9/L) that could be due to multiple pathologies and requires immediate in-hospital care," Sharif's personal physician Dr Adnan Khan said in a tweet on Monday.

"I have requested the authorities concerned to act in urgency," Khan said.

Khan said he met Sharif at the National Accountability Bureau's (NAB) cell in Lahore and found him visibly unwell.

"He has multiple serious life-threatening health issues of acute nature. The matter is of utmost urgency and he should be hospitalised," he said.

A NAB spokesman said Sharif has been shifted to the Services Hospital where he is being treated by a team of doctors.

PML-N president and Nawaz Sharif's brother Shahbaz Sharif alleged that despite the worsening health of his older brother, he was not shifted to hospital earlier.

He said Prime Minister Imran Khan will be responsible if anything happens to Nawaz Sharif.

The ousted prime minister is in the NAB's custody for his alleged role in Chaudhary Sugar Mills corruption case. Earlier he was lodged at the Kot Lakhpat jail.