NBA game to go ahead in China despite free speech row

NBA game to go ahead in China despite free speech row 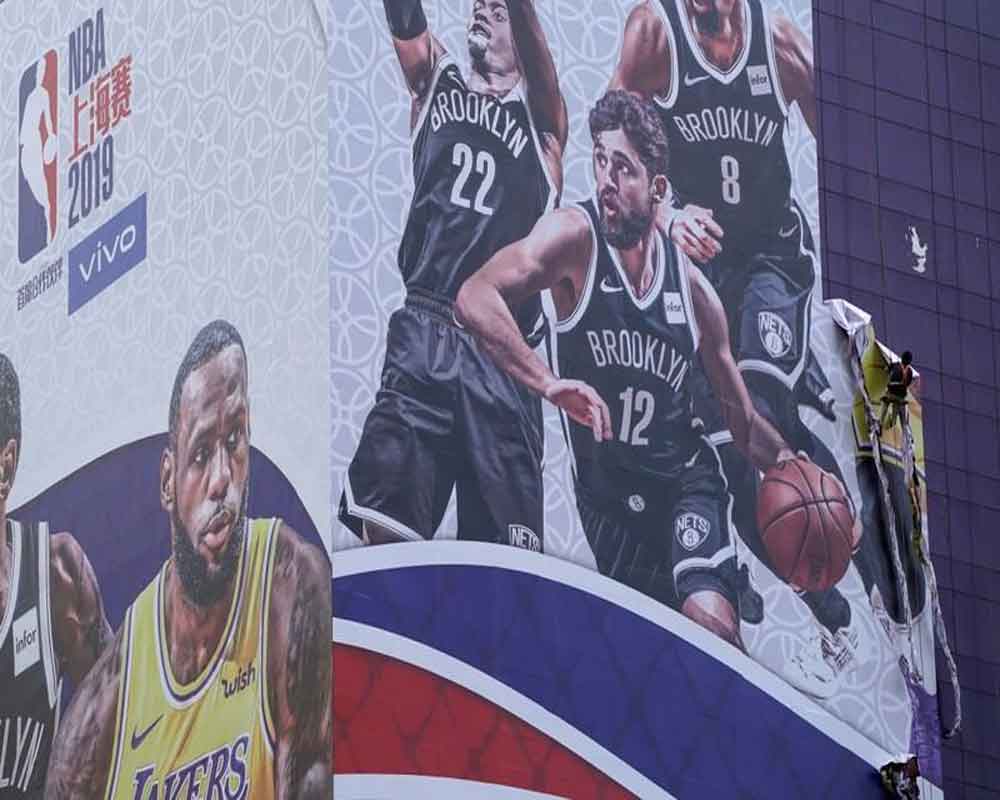 The NBA confirmed an annual exhibition game in China would go ahead on Thursday, rejecting calls to scrap the event over a free speech row that was ignited by an American basketball executive's pro-democracy tweet.

Superstar LeBron James is set to lead his Los Angeles Lakers against the Brooklyn Nets in Shanghai on Thursday night, the first of two pre-season matches held each year to build on the league's already huge popularity in China.

An intense Chinese backlash against the world's top basketball league -- triggered by a Houston Rockets executive's tweet last week in support of Hong Kong's democracy movement -- had thrown the games and the NBA's larger interests in China into doubt.

In an open letter, a bipartisan set of US lawmakers urged the NBA on Wednesday to suspend all activities in China until Chinese firms and broadcasters end their various boycotts of the league over the controversy.

The open letter urged NBA Commissioner Adam Silver, who came to Shanghai for Thursday's game, to "take a stand." "It's not unreasonable to expect American companies to put our fundamental democratic rights ahead of profit," said the letter.

China already had yanked away the welcome mat, with broadcasters cancelling plans to air the two pre-season games and Chinese NBA sponsors severing ties in protest.

Crews on Wednesday also tore down giant promotional banners showing James and other evidence of the match throughout Shanghai, as Chinese netizens called for the games to be scrapped.

However the NBA confirmed on Thursday afternoon the Shanghai game would go ahead.

"The Lakers and the Nets will face each other in the NBA China game in Shanghai beginning tonight at 1930," the NBA said on its verified Chinese social media account.

The posts did not mention the second game of the series scheduled for the southern city of Shenzhen on Saturday.

Rockets guard James Harden, in Japan for another exhibition game, also apologised to China even though he had not publicly expressed any views previously on the matter.

Then, under mounting pressure in the United States, Silver on Tuesday made a strong defence of free speech and American values that provoked new outrage in China's state-controlled media.

He added that the league would "have to live with" any consequences that may arise from that.

However although Chinese netizens called for fans to shun the league, a broader protest campaign on China's government-controlled internet is yet to take root.

And there has been no suggestion yet that popular broadcasts in China of the NBA's upcoming regular season are in jeopardy.

After a video of fans waiting for players at their Shanghai hotel was posted to leading social media platform Weibo, a related hashtag quickly became one of the country's most viewed on Thursday.

Responses were overwhelmingly critical of the NBA and its loyal Chinese fans, but many others called for cooler heads.

"James and many players are always good idols but the NBA needs to be responsible for what they said and did," one post said.

Hong Kong has endured nearly four months of protests ignited by a now-scrapped plan to allow extraditions of criminal suspects to be tried in China's opaque courts.

They snowballed into a movement calling for more democratic freedoms, the biggest challenge to China's rule of Hong Kong since its handover from the British in 1997.

China reacts fiercely to any questioning of its sovereignty over semi-autonomous Hong Kong, and state media has repeatedly warned foreign firms that voicing support for protesters could cost them access to China's market of 1.4 billion people.

The People's Daily, mouthpiece of the ruling Communist Party, on Wednesday slammed a transport app available on Apple's store that it alleged helped protesters identify police in Hong Kong.

Apple responded quickly to the criticism, dropping the app on Thursday. US jewellery brand Tiffany and Hong Kong's flagship airline, Cathay Pacific, have also been heavily criticised in China.