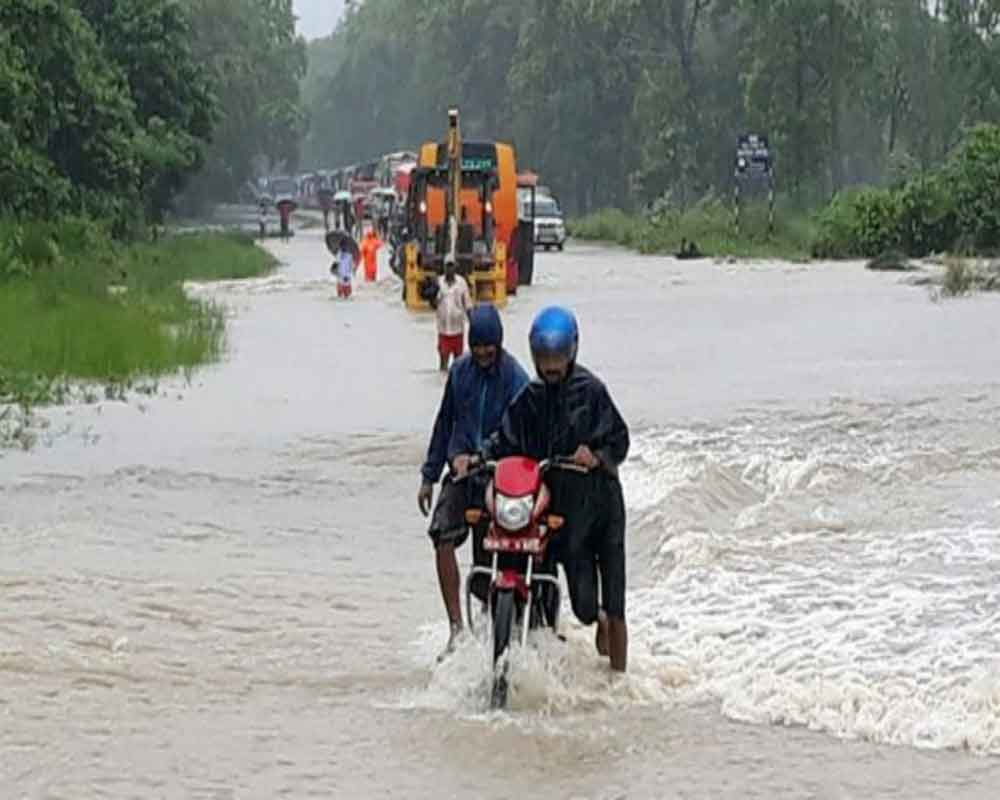 Floods and landslides caused by incessant monsoon rains across Nepal have claimed at least 111 lives, left 67 people injured and destroyed properties worth USD 9 million across 64 districts, authorities said on Friday.

Nepal has been hit by heavy rainfall for the last two weeks which has crippled the normal life across the Himalayan nation. A total of 40 people were missing in floods and landslide related incidents.

"The toll due to Nepal floods have touched 111. Forty people have gone missing in flood and landslide related incidents while 67 have been injured across the country," Nidhi Khanal, the chief of home ministry's Emergency Centre, said in a statement.

Government figures show that property worth USD 9 million rupees have been destroyed in the disasters, which have affected 64 out of 77 districts in the country, the statement said.

With the situation remaining grim, Nepal has appealed to the international agencies for help to prevent the possible water-borne diseases and to ensure proper health services to the tens of thousands of people affected.