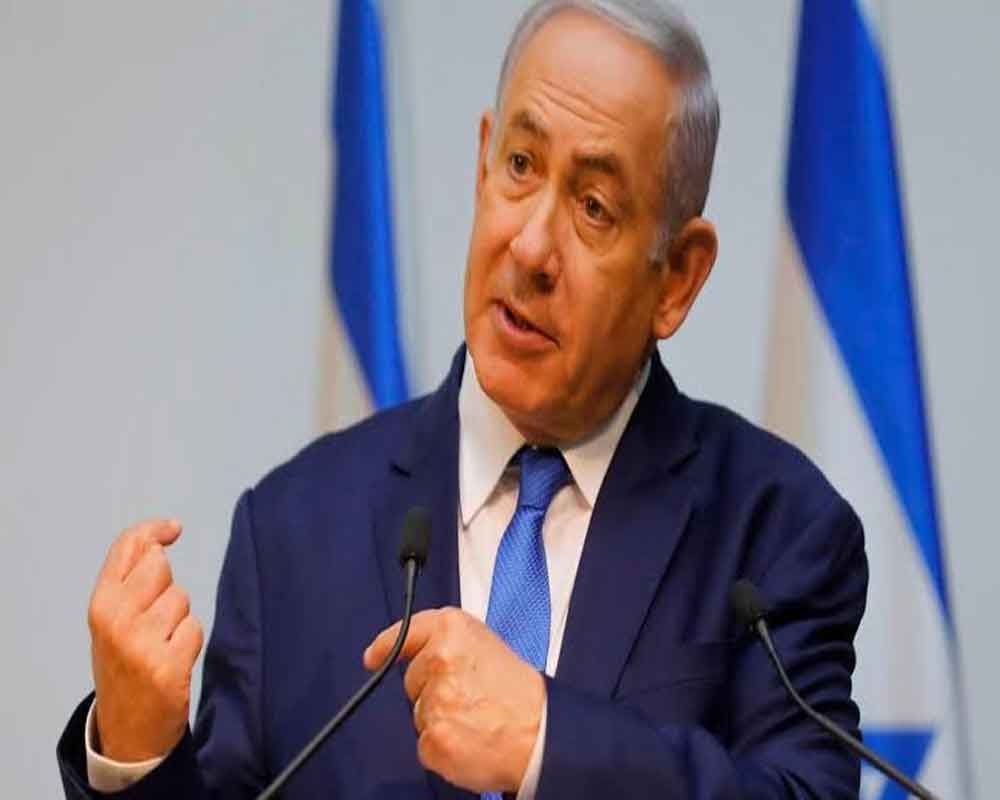 Israeli Prime Minister Benjamin Netanyahu said Wednesday that Islamic Jihad militants in Gaza must stop rocket attacks or "absorb more and more blows" as an escalation of violence raged for a second day.

"They have one choice: to stop these attacks or absorb more and more blows. Their choice," Netanyahu said at the start of a cabinet meeting, adding that Israel was not seeking a further escalation.

He reiterated his warning that "this could take time" and said Israel would respond to attacks "without mercy." The exchange of fire between Israel and Palestinian militants in Gaza began on Tuesday with an Israeli targeted strike killing an Islamic Jihad commander.

Israel said the commander was responsible for rocket fire against it as well as other attacks and was planning more violence.

Gaza militants retaliated with barrages of rocket fire and Israel responded with air strikes targeting what it said were Islamic Jihad sites and rocket-launching squads.

A total of 18 Palestinians have been killed so far. No one has been killed in Israel, though rockets have caused damage and sent residents rushing to bomb shelters.

The army says some 220 rockets have been fired into Israel since Tuesday morning, with dozens intercepted by air defences.