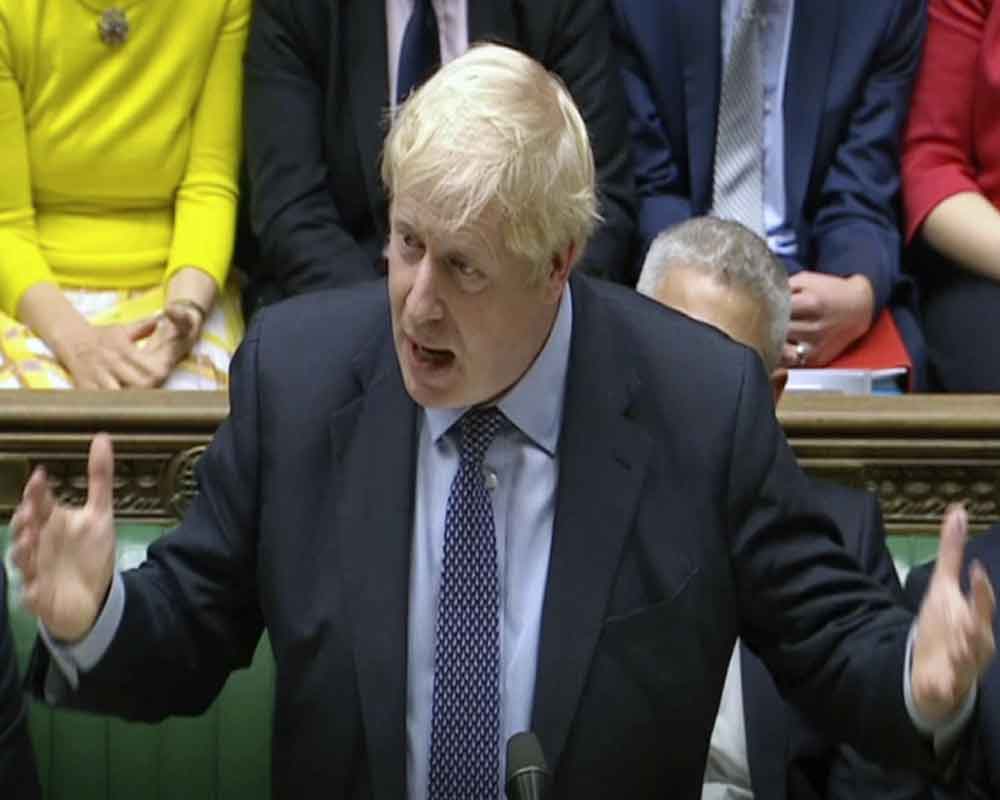 British Prime Minister Boris Johnson was on Sunday branded a “spoilt brat” by the Opposition after he sent an unsigned letter seeking a three-month extension to the October 31 deadline from the European Union (EU).

The UK PM was bound by law to issue a letter seeking a delay to Brexit after MPs voted in a historic Super Saturday Parliament session to delay voting on his motion on a new Brexit deal.

Johnson has previously said he would rather be “dead in a ditch” than miss the October 31 deadline and had triggered speculation soon after the House of Commons vote by declaring that he would not negotiate an extension.

However, given the Benn Act passed by MPs last month to avert a no-deal crash-out from the economic bloc meant that he was obliged to send an extension letter by the end of October 19 unless a new Brexit deal had been passed through by the Commons.

"The United Kingdom proposes that this (extension) period should end at 11.00pm GMT on 31 January 2020. If the parties are able to ratify before this date, the government proposes that the period should be terminated early,” reads the unsigned letter sent to European Council President Donald Tusk on Saturday night.

While the Downing Street stance is that the UK PM has complied with the Benn Act by sending the Parliament's letter, there is some speculation if it opens up the prospect of legal action by it being an unsigned request.

In an accompanied signed letter to Tusk, Johnson repeated his pledge of leaving the EU within the October 31 deadline by pressing ahead with the requisite legislation next week to seek Parliament's ratification for his withdrawal agreement.

"I have made clear since becoming Prime Minister, and made clear to Parliament again today, my view, and the government's position, that a further extension would damage the interests of the UK and our EU partners, and the relationship between us," he states, insisting that the prolonged Brexit process must be brought to a conclusion to prevent a “corrosive impact” from further delays.

Tusk took to Twitter to say the UK's extension request has been received and that he would consult with EU leaders on “how to react”.

Meanwhile, the Opposition Labour Party warned that Johnson could be in contempt of Parliament and possibly even the courts with his latest actions.

Labour's shadow Chancellor said: "He may well be in contempt of Parliament or the courts themselves because he's clearly trying to undermine the first letter and not signing the letter.

"He's behaving a bit like a spoilt brat. Parliament made a decision, he should abide by it and this idea that you send another letter contradicting the first, I think it flies in the face of what both Parliament and the courts have decided".

But senior Cabinet ministers, including Brexiteers Michael Gove and Dominic Raab, insisted on Sunday that the government was on track to meet the October 31 deadline to leave the EU.

In a historic weekend Parliament session on Saturday, the first in 37 years, British MPs had voted to back a motion that delayed the vote on a new Brexit deal struck with the EU earlier in the week.

In a setback to Johnson, MPs voted 322 for and 306 against on an important amendment introduced as an insurance policy against a default no-deal crash-out by the month-end deadline.

Johnson stressed that he was neither “daunted nor dismayed” by Saturday's vote and that the government would place the required legislation around his new EU withdrawal agreement next week, expected to be tabled on Monday and then voted on Tuesday.

But heading a minority government has made his efforts to seek parliamentary approval for his so-called EU divorce bill extremely difficult, especially minus the support of the Northern Irish Democratic Unionist Party (DUP), which props up the Conservative Party government.

The party is opposed to the new deal secured at a Brussels summit on Thursday, which gets rid of the controversial Irish backstop from the repeatedly defeated former Prime Minister Theresa May's agreement.

As a compromise, the new deal effectively draws a new invisible customs border along the Irish Sea where some goods could face tariffs when crossing over to the UK, something that is unacceptable to the DUP.

Besides, Opposition parties have also opposed the new deal as bad for workers' rights and the economy.