No decision yet on sanctions against Turkey: Trump

No decision yet on sanctions against Turkey: Trump 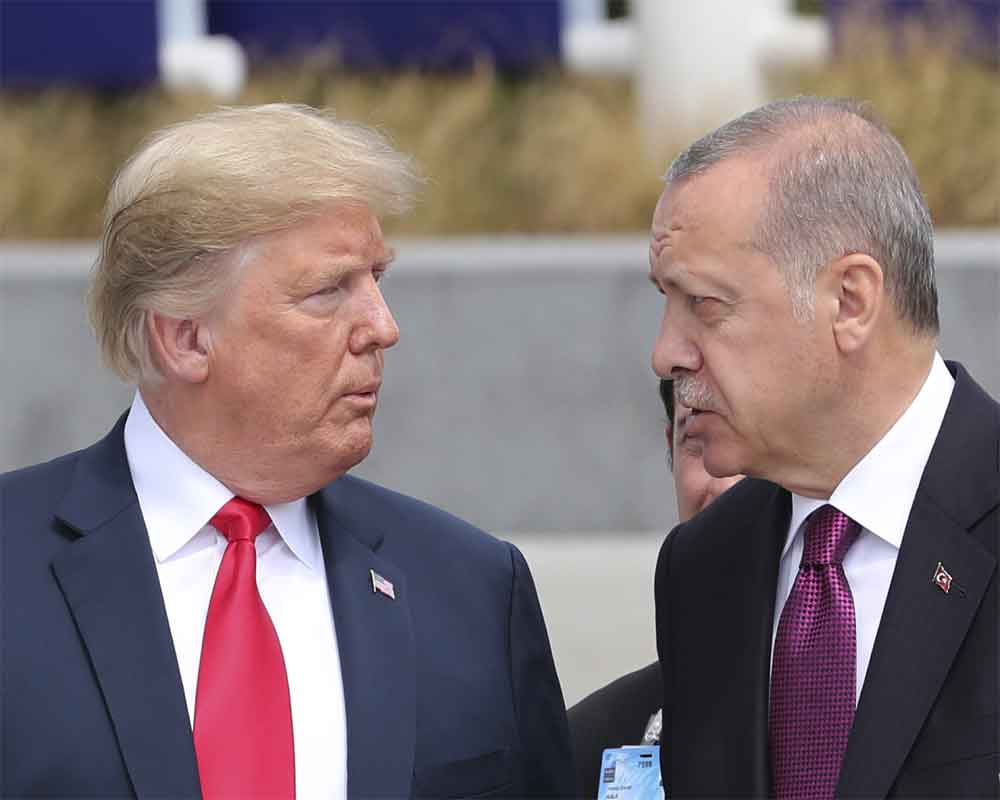 United States President Donald Trump has said no decision had been taken yet on imposing sanctions against Turkey for the purchase of the S-400 missile defence system from Russia.

"We're looking at it. Very, very difficult situation for a lot of reasons," Trump said on Thursday in response to a question on whether he had ruled out sanctions on Turkey. "We'll see what we do. We haven't announced that yet."

The comments come after the president announced on Tuesday that the US would not sell the F-35 fighter jets to Turkey after Ankara purchased the S-400 from sanctions-hit Russia.

The decision by the Trump administration could be an indication of the things to come for India as it has also signed up with Russia to buy the S-400 against the advice of the US.

Turkey, a member of the North Atlantic Treaty Organisation (NATO) received the first batch of the Russian missile defence system last Friday despite repeated warnings from Washington against the purchase.

Trump reiterated on Thursday that the issue was not handled properly by the previous administration of President Barack Obama.

"Things could have been done better.... The previous administration made some very big mistakes with regard to Turkey and it was too bad," he alleged.

The US has imposed a series of sanctions on Russian individuals, companies and government agencies over Moscow's military intervention in Ukraine.

Under current US laws, any country purchasing a major defence equipment from Russia could be subject to American sanctions. The Congress has made amendments in the Countering America's Adversaries Through Sanctions Act (CAATSA) for a presidential waiver.

Many in India believe that this presidential waiver was for the country. However, US officials were quick to warn that there was no blanket sanction waiver for any country.

India had inked an agreement with Russia last October to procure a batch of the S-400 at a cost of Rs 40,000 crore.