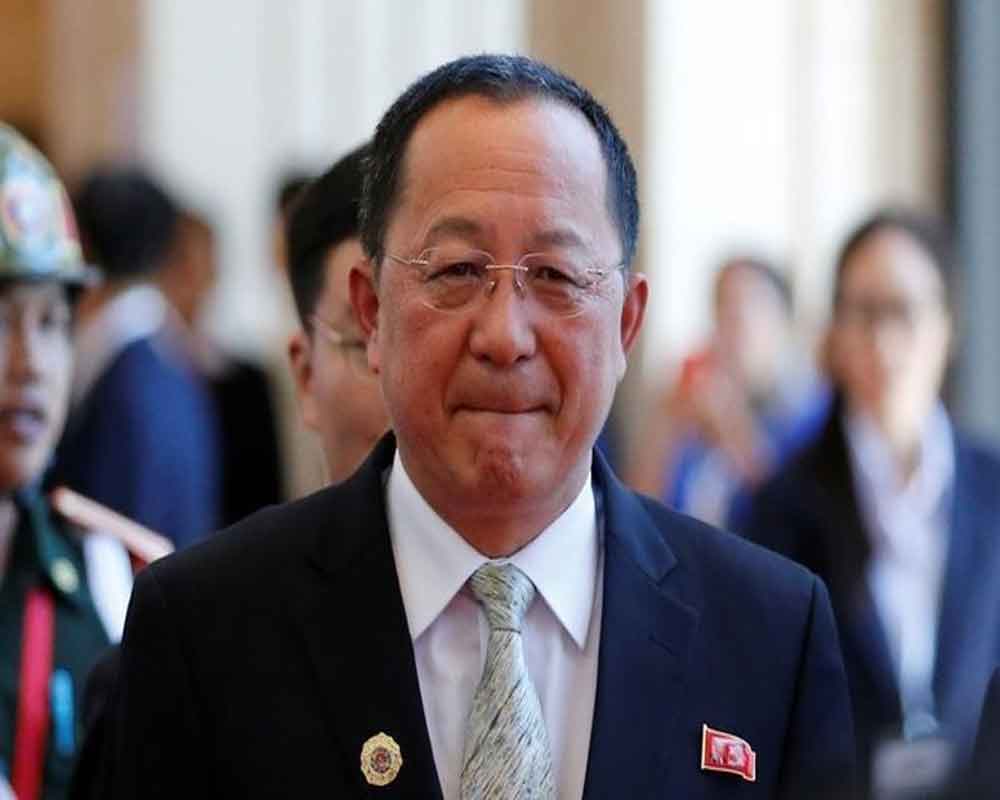 North Korea's foreign minister on Friday called US Secretary of State Mike Pompeo a "poisonous plant of American diplomacy" and vowed to "shutter the absurd dream" that sanctions will force a change in Pyongyang.

The North's blistering rhetoric may dim the prospect for an early resumption of nuclear negotiations between the countries.

A senior US diplomat said earlier this week that Washington was ready to restart the talks, a day after U.S. And South Korean militaries ended their regular drills that Pyongyang called an invasion rehearsal.

North Korean Foreign Minister Ri Yong Ho made the comments to protest Pompeo's remarks in an interview in which he said that Washington will maintain crippling sanctions on North Korea unless it denuclearises.

Ri said he couldn't just let the "reckless remarks" by Pompeo pass by him because they came amid a possible restart of the nuclear talks.

Ri said Pompeo is a "brazen" man because he "had begged for" North Korean denuclearization and improved bilateral ties when he visited Pyongyang and met leader Kim Jong Un several times.

Ri said North Korea is ready for both dialogue and confrontation. But he warned that North Korea will try to remain "America's biggest threat" if the United States continues to confront the North with sanctions.

Ri likely referred to comments by Pompeo during an interview with the Washington Examiner earlier this week. During the interview, Pompeo said that the US will "continue to keep on the sanctions that are the toughest in all of history and continue to work towards convincing Chairman Kim and the North Korean leaders that the right thing to do is for them to denuclearize."   North Korea is notorious for crude and fiery diatribes against the United States and South Korea, although it lately focused its anger on South Korea rather than the US, particularly over the allies' military drills.

During the drills, North Korea carried out a slew of short-range missile and other weapons tests capable of hitting much of South Korea, not the mainland US Some experts said these suggest that North Korea was interested in resuming talks with Washington.

The top US envoy on North Korea, Stephen Biegun, said Wednesday that the United States was "prepared to engage as soon as we hear from our counterparts in North Korea."

US-led negotiations on North Korea's nuclear weapons collapsed after Trump rejected Kim's demand for widespread sanctions relief in return for partial disarmament steps during their second summit in Vietnam in February. Trump and Kim met again at the Korean border in late June and agreed to resume the talks.