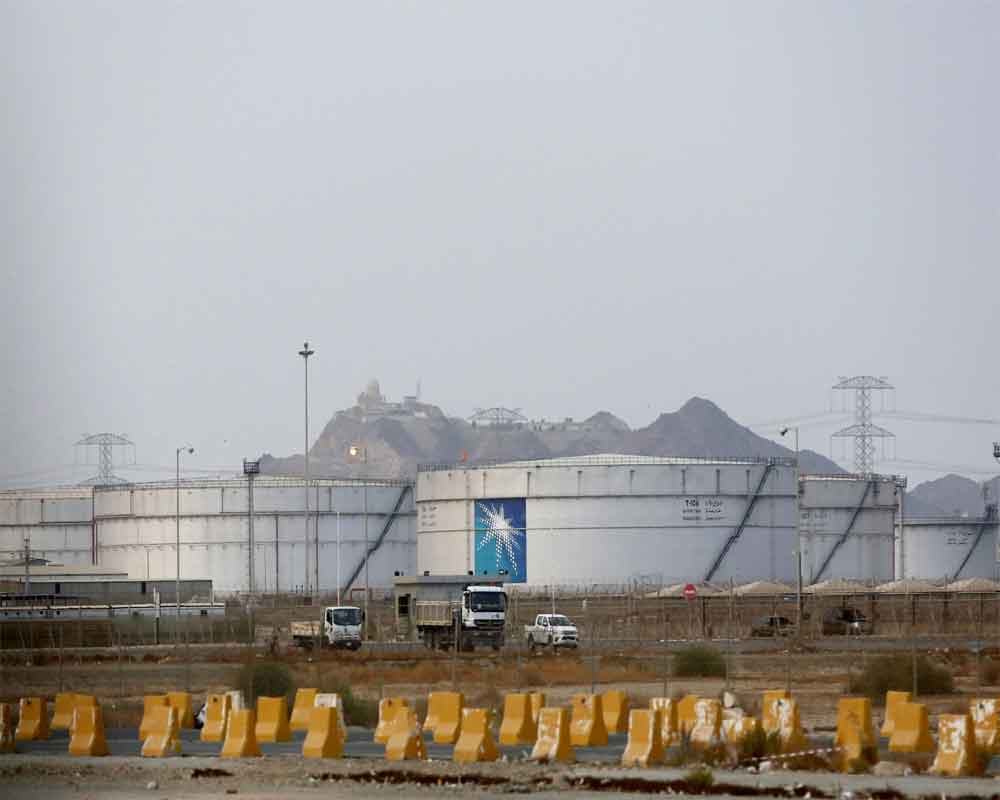 Global energy prices spiked Monday by 15% after a weekend attack on key oil facilities in Saudi Arabia caused the worst disruption to world supplies on record.

It was an increase on par with the 1991 Gulf War and analysts said heightened tensions in the Middle East could keep prices elevated for the foreseeable future. The wider economic fallout will depend on just how long the Saudi supply disruption lasts.

The attack on the country's largest oil processing plant disrupted more than half of its daily exports, halting 5% of world crude oil output.

It followed a string of other attacks in the Persian Gulf, which threatened global oil supplies and stirred tensions in the region. But the scope of the most recent incident was more severe.

"What got hit is really important and serious, and this is not going to be a 'We're fixing it in two days' kind of thing," said Amy Myers Jaffe, senior fellow at the Council for Foreign Relations.

The US and Asia's reliance on Mideast oil Asia is the biggest consumer of Persian Gulf oil, absorbing three-quarters of the oil that traveled out of the region last year. Saudi Arabia provides about a fifth of China's crude imports, more than 37% of Japan's and almost a third of South Korea's.

And while oil production in the U.S. Is booming, it is not enough to replace what could potentially be lost if there are further disruptions in the Middle East. It also is not the type of crude oil everyone wants.

Most of the new oil produced in the U.S. Is light and sweet. But many oil refineries along the U.S. Gulf Coast are designed to process heavy crude so it imports some of that from Saudi Arabia while shipping some of its own light, sweet crude to Europe.

The U.S. Still imports a hefty amount of oil, and in 2018 it brought in 2.34 million barrels of oil per day, representing 11% of the petroleum consumed in the country.

The oil price spike comes at a risky time for the U.S. Economy. Businesses have already reduced their investment spending as the U.S.-China trade war has raised costs and uncertainty, and the slowing global economy has cut into U.S. Exports.

Higher oil prices, which typically push up gasoline costs, erode Americans' spending power. That could also weigh on growth at a time when hiring is slowing down and consumers may face higher prices from new tariffs on Chinese imports.

"One of the biggest factors playing into our current economic outlook is uncertainty," said Beth Ann Bovino, U.S. Chief economist at S&P Global Ratings. "Higher oil prices may be just one more nail in the coffin for this U.S. Expansion."

Still, most economists forecast that the direct impact on the U.S. And other advanced economies will likely be small, particularly if the damage is quickly repaired.

Mark Zandi, chief economist at Moody's Analytics, said the impact on the U.S. Economy over the next 12-18 months would be "largely a wash" after an initial hit to consumers is offset by the benefits to oil producers.

Airlines are big consumers of fuel, and their shares fell Monday after the attacks on Saudi oil facilities.

Jet fuel is the biggest variable cost at airlines — accounting for about one-fifth of operating costs — and is second only to labor among all expenses. Airlines counter rising fuel prices by raising fares, but that usually takes time.

"The airlines will not be able to quickly absorb the spike in oil prices," said Cowen airlines analyst Helane Becker. Since the third quarter is nearly over, she said, the impact will be more significant in the fourth quarter and beyond if oil prices remain elevated.

When a major disruption to oil supply happens, countries can act together — coordinating through the International Energy Agency — or alone when considering releasing oil from their strategic reserves.

There have been three times that countries acted together to release oil from their reserves, including during the lead-up to the Gulf War in 1991, after oil infrastructure was damaged by Hurricanes Katrina and Rita in 2005 and after a prolonged disruption of Libyan oil supply in 2011.

Asked about oil prices on Monday, President Donald Trump said "Well, they haven't risen very much. And we have the strategic oil reserves, which are massive, and we can release a little bit of that."