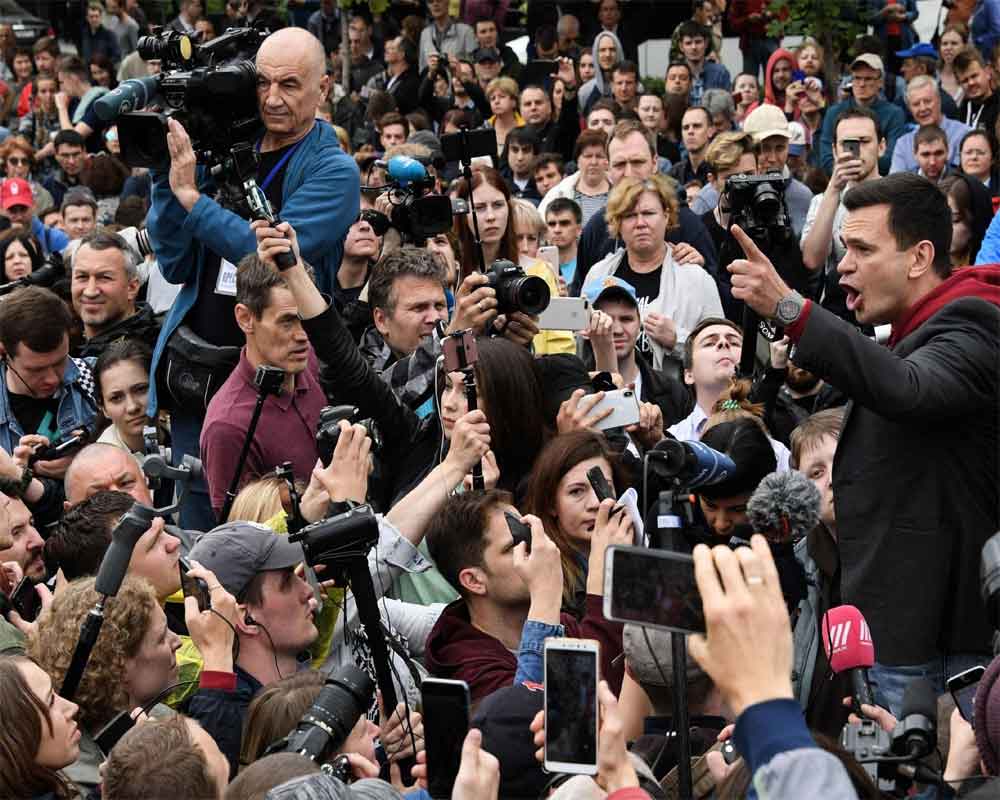 Allies of Russian opposition leader Alexei Navalny were arrested Sunday during a protest in Moscow to demand their names be included on the ballot for local elections in September.

Around a dozen people, including three organisers close to Navalny, were detained late in the day after almost 2,000 people protested against an alleged bid by city authorities to prevent independent candidates from running for office.

The unauthorised protest at the central Pushkin Square was organised by a group of candidates including supporters of Navalny.

While police turned out in force, they initially opted not to break up the rally. Candidates have the right to organise meetings with the electorate without sound amplification or banners.

Russia is to hold nationwide elections for local and regional legislatures in September.

Protesters say the electoral authorities have falsely accused them of faking signatures required for independent candidates to stand in September polls.

In Russia, candidates outside the large parliamentary parties must gather large numbers of signatures from supporters to be allowed to stand. The details of signatories are then checked for authenticity by the electoral commission.

"Across the whole of Moscow now, they are removing independent candidates," said opposition politician Ilya Yashin, currently a local councillor and one of the candidates who backs Navalny.

"Starting from tomorrow, the electoral commission will start removing us all from the election," Yashin said before she was arrested.

Protesters took it in turns to knock on the heavy wooden door of the mayor's office on the city's main Tverskaya street to demand candidates be allowed to stand. No one opened up.

Around a thousand protesters then rallied outside the city electoral commission.

Another of the arrested candidates, Lyubov Sobol, on Saturday declared a hunger strike after she was told the number of allegedly fabricated signatures backing her candidacy exceeded the permitted proportion.

Moscow city electoral commission said in a statement Sunday that more than 700 of 4,940 signatures backing Sobol were "invalid".

"I won't retreat... I will stand and fight until the end" she told a cheering crowd.