Pak must prosecute top LeT operatives along with its leader Hafiz Saeed: US

Pak must prosecute top LeT operatives along with its leader Hafiz Saeed: US 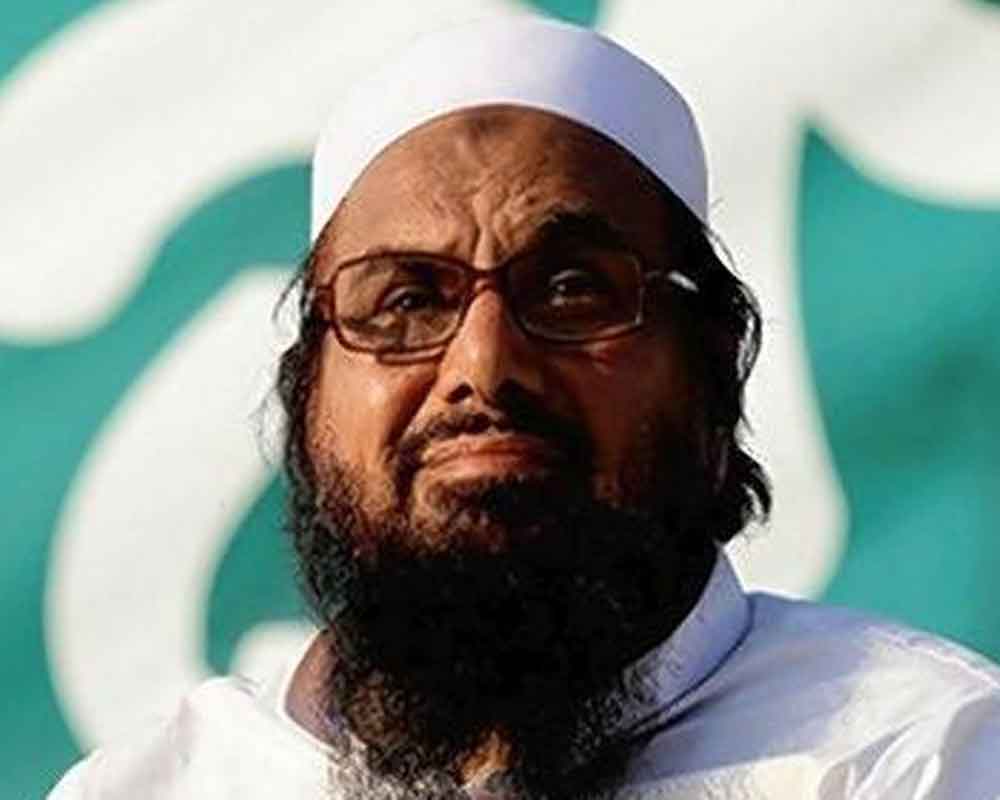 Pakistan must prevent militant groups from operating on its soil and prosecute top Lashkar-e-Taiba operatives along with its leader Hafiz Saeed, the US has said ahead of  the Financial Action Task Force's crucial decision on whether to blacklist the country.

Alice Wells, head of the US state department's South and Central Asian bureau, also welcomed the arrest of the top four leaders of Lashkar-e-Taiba /Jamaat-ud-Dawah in Pakistan.

Pakistan's law enforcement agencies on Thursday arrested the "top four leaders" of the banned LeT/JuD on charges of terrorism financing.

"As Prime Minister Imran Khan has said, Pakistan, for its own future, must prevent militant groups from operating on its soil," Wells tweeted.

"We welcome news that Pakistan arrested 4 #LeT leaders. The victims of LeT's vicious attacks deserve to see these individuals prosecuted now, along with LeT leader Hafiz Saeed," she said.

Pakistan has a long history of catching and releasing terrorists operating from its soil.

Wells' remarks came as the FATF is set to give its decision on the country's 'grey list' status.

Pakistan was placed on the grey list by the Paris-based watchdog in June last year and was given a plan of action to complete it by October 2019, or face the risk of being placed on the black list with Iran and North Korea.

The ongoing review -- from October 12 to 15 -- of Pakistan's performance will determine if it stays on the grey list or moved on the black list or given a clean chit.

Wells last month also asked Pakistan to prosecute terrorists like Saeed and Masood Azhar, saying the reduction of the Indo-Pak tensions would depend on Islamabad's seriousness in taking action against those who engage in "cross-border infiltration".

Tensions between the two countries have spiked since India abrogated Article 370 of the Constitution to revoke the special status of Jammu and Kashmir in August.

Pakistan has been trying to internationalise the Kashmir issue after India withdrew the special status of Jammu and Kashmir, but New Delhi has asserted the abrogation of Article 370 was its "internal matter".

The US Department of the Treasury has designated Saeed as a Specially Designated Global Terrorist. The US, since 2012, has been offering a USD 10 million reward for information that brings Saeed to justice.

Saeed-led JuD is believed to be the front organisation for the LeT which is responsible for carrying out the 2008 Mumbai attacks that killed 166 people.