PM invites people to watch him in 'Man Vs Wild' tonight

PM invites people to watch him in 'Man Vs Wild' tonight 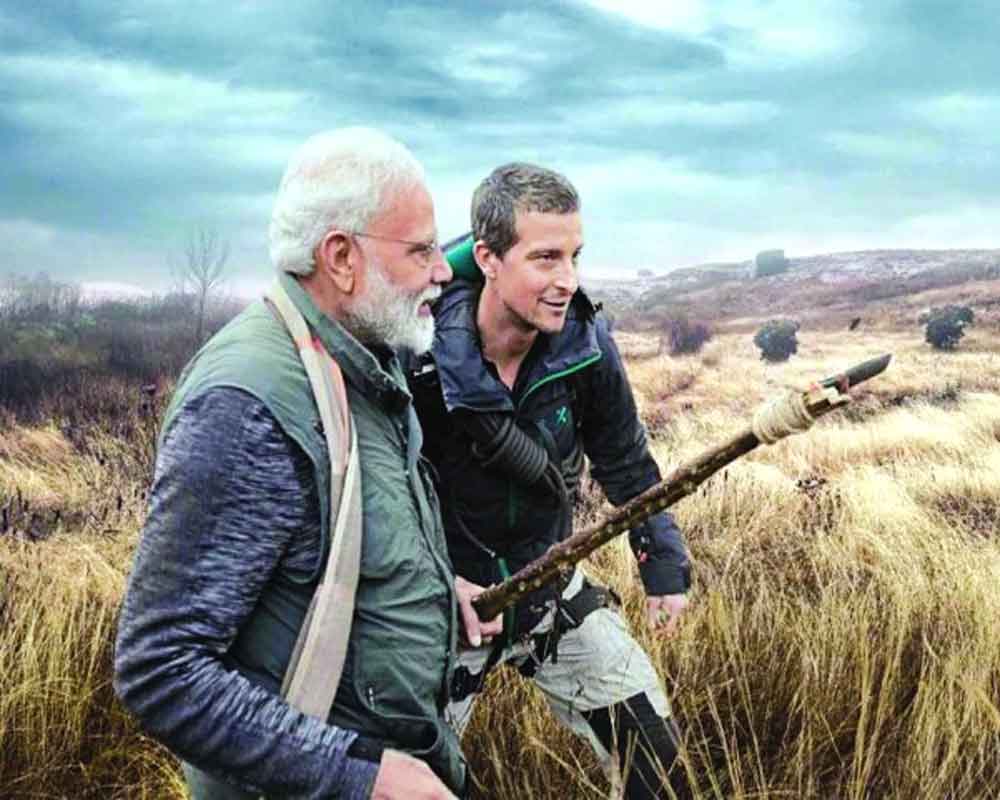 Ahead of the telecast of the latest episode of 'Man Vs Wild' where he will join adventurer Bear Grylls, Prime Minister Narendra Modi on Monday said there could not be a better way to throw light on environmental conservation and climate change.

"What better than the lush green jungles of India, in the midst of Mother Nature to throw light on environmental conservation and climate change... Do join at 9 PM tonight!," he tweeted.

Modi was responding to a tweet by programme's host Grylls who asked people to watch his journey with PM Modi for 'Man Vs Wild' on Discovery channel.

"Together let's do all we can to protect the planet, promote peace & encourage a Never Give Up spirit. Enjoy the show!," the show host wrote.

According to a statement from the channel, the special episode shot in the Jim Corbett National Park will be a "frank and freewheeling journey" which will throw light on wildlife conservation.

'Man Vs Wild' With Bear Grylls and PM Modi premieres simultaneously on 12 Discovery channels in India on August 12 and will be showcased in as many as 180 countries.

Last month, while sharing the teaser of the episode on Twitter, Grylls had said it will be an opportunity for people across the globe to see the unknown side of the Indian prime minister.

In his response Modi had said the episode will contribute to the discourse of environmental conservation.

"India- where you find lush green forests, diverse wildlife, beautiful mountains and mighty rivers. Watching this programme will make you want to visit different parts of India and add to discourse of environmental conservation," the PM tweeted.

The 45-second-long clip teases the episode as an "epic adventure of a lifetime" and the one that unites "an ace adventurer" with "the leader of the world's largest democracy".

As they explore the wild lands of Jim Corbett, Bear presents Modi with a makeshift spear and promises to keep the "most important man in India" safe.