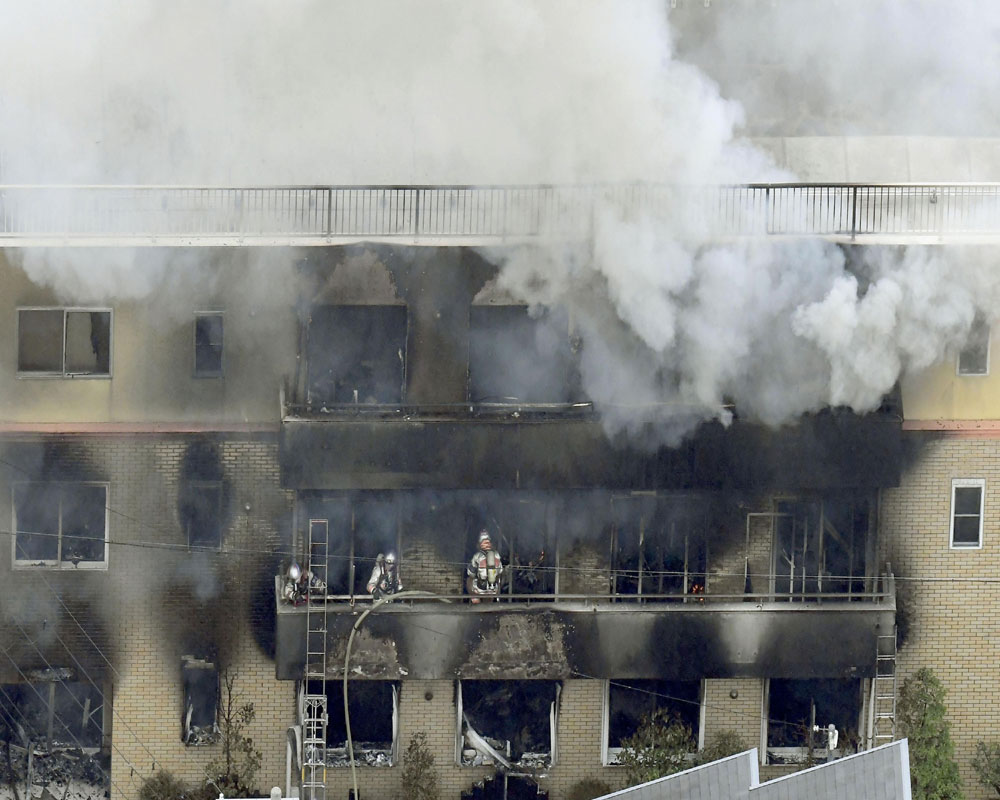 Japanese police are searching for clues into why a man set a Kyoto anime studio on fire, gutting the building and crushing the hearts of many comic fans around the world.

The man, screaming "You die!" stormed into Kyoto Animation on Thursday, doused it with a flammable liquid and set it on fire, killing 33 people and injuring 36 others. Witness accounts and reports Friday suggested the man had a grudge against the studio.

Police only have said the suspect, a 41-year-old who did not work for the studio, is from near Tokyo and is still hospitalized.

Media reports said Friday that the suspect told police he set the fire "because (Kyoto Animation) stole novels." The attack shocked Japan and drew an outpouring of grief from anime fans.