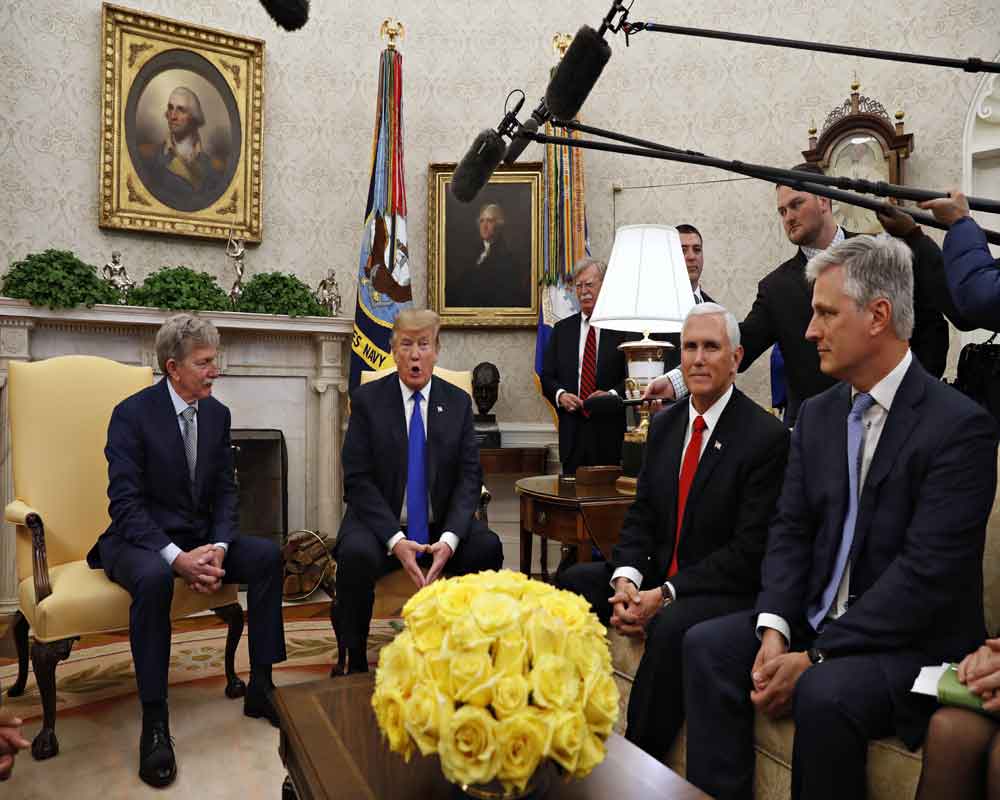 O'Brien has been serving as the special envoy for hostage affairs at the Department of State has been chosen for the role, Trump tweeted.

"I am pleased to announce that I will name Robert C. O'Brien, currently serving as the very successful Special Presidential Envoy for Hostage Affairs at the State Department, as our new National Security Advisor.

"I have worked long & hard with Robert. He will do a great job," he said.

O'Brien would be Trump's fourth national security adviser of his presidency.

He previously served under the George W Bush and Barack Obama administrations.