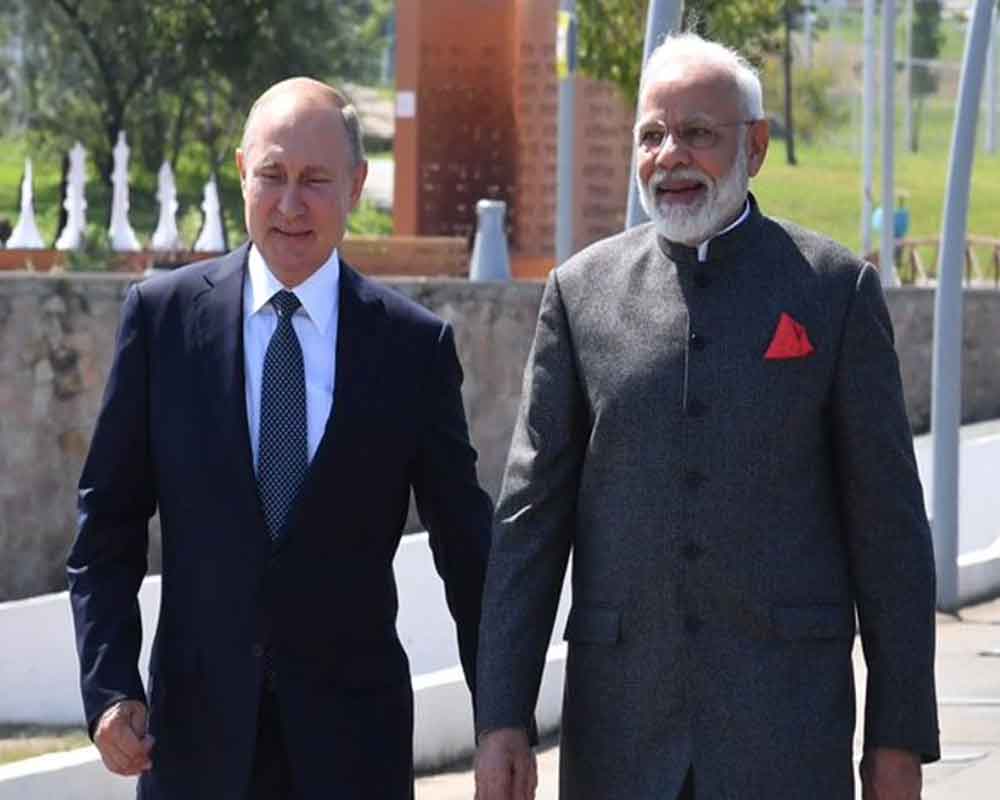 Russian President Vladimir Putin on Wednesday invited Prime Minister Narendra Modi to attend the celebrations to mark the 75th anniversary of Victory in the Great Patriotic War in Moscow in May 2020.

"We are expecting you in May next year at the celebrations devoted to marking the 75th anniversary ofVictory in the Great Patriotic War, Victory over Nazism," the Russian president told Prime Minister Modi during their talks.

Putin noted that he also planned to meet with Modi at a summit of BRICS (Brazil, Russia, India, China and South Africa) in Brazil, which is scheduled for November.

The Russian president said he had held a one-on-one meeting with Modi on Wednesday, discussing a broad range of issues while traveling on a boat to a new Zvezda shipyard and on the way back, state-run Tass news agency reported.

Putin thanked the Indian premier for attending the Eastern Economic Forum in Russia's Far Eastern port city of Vladivostok as the guest of honour. A serious groundwork had been laid by the ministries, agencies as well as business entities before this meeting, he noted.

"A solid package of bilateral documents had been agreed on, including in trade, investment and industrial sector, on military and technical ties, education and culture," Putin said.

Putin emphasised that Russia and India "have been working rather actively on the global arena, supporting each other." "Our positions are very close or coincide on many key issues of the international agenda," he noted.